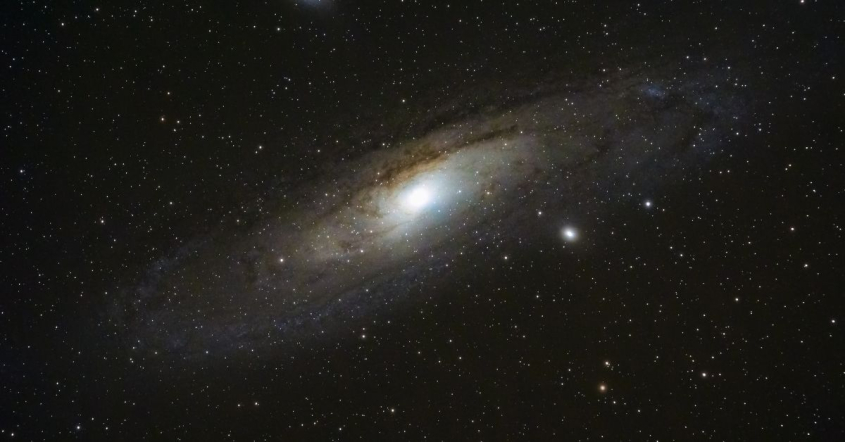 The centre is Jesus, although it’s deceptively nice to think that you are at the centre of the universe. The ancient Greek philosophers thought that the earth was stationary, and that the sun, moon, planets, and starts all revolved around the earth.

In the time of Jesus, the Jewish people had a similar idea. They thought that Jerusalem was literally the centre of the world, and that the very centre of world, where God had begun his work of creation, as where the temple stood.

He was still wrong of course, because the sun isn’t the centre of the universe.

The sun is only the centre of our solar system. Now we know that there are countless suns all revolving the galactic centres of billions of galaxies, and that those galaxies revolve around the centres of galactic clusters, and everything in turn is constantly expanding. Today, scientists generally consider that the universe doesn’t have a centre.

Today most people have gone back to thinking that they are the centre of the universe.

But actually, in a real sense, today most people have gone back to thinking that they are the centre of the universe. With the idea of God out of the picture for many in our world today, the self – the individual – has become the definer of truth and reality. We live for our own gain and for our own pleasure: we live solely for ourselves.

Instead of progressing in our understanding of how we stand in relation to the universe, we have regressed back to the principle of ancient times. We have placed ourselves at the centre of the universe. The more things change, the more things stay the same!

It is the most natural thing in the world to think that you are the centre of your relationships, our work, and indeed, our world. That’s because from our perspective, everything does seem to revolve around us. But that’s merely an illusion. When the ancients looked up into the heavens, they observed the celestial bodies seem to revolve around them, but that’s not how it was. Just because we observe something doesn’t make us its centre. Even today, the centre is Jesus.

What is needed in our lives is greater empathy: the ability to see through the eyes and the experiences of others. Then we wouldn’t be self-centred, but instead we would be “other-centred.” However, this is so difficult because it goes against our fallen human natures.

When it comes to your life, the centre is Jesus.

There is only one way to live the right way, and that is to make Jesus the centre of your life.  When you do that, you have an unshakable and centre for your life in him who,

is the same yesterday and today and forever (Hebrews 13:8.)

That why Jesus tells us to

…seek first his kingdom and his righteousness, and all these things will be given to you as well (Matt. 6:33.)

That’s all about making him, his kingdom, and his righteousness the centre of your life (See also John 15:4).

And what is the greatest revelation of Christ’s kingdom and righteousness? It’s at the Cross:

I have been crucified with Christ and I no longer live, but Christ lives in me. The life I now live in the body, I live by faith in the Son of God, who loved me and gave himself for me (Gal. 2:20.)

That’s why the apostle Paul wrote,

For I resolved to know nothing while I was with you except Jesus Christ and him crucified (1 Cor. 2:2.)

The centre is Jesus!

In the book of Revelation, John is taken up to heaven in vision, and he sees the throne-room of the universe. There he sees a rainbow that encircles the throne, and surrounding the throne of God are twenty-four other thrones, upon which elders sit. In the centre around the throne were four living creatures. All of them, and indeed the entire universe, give continual praise and worship to the one who sits on the throne. The centre is Jesus!

Then John looked, and he,

…saw a Lamb, looking as if it had been slain, standing at the center of the throne (Rev. 5:6.)

Jesus must be the centre of your life. Even more, right at the heart of that centre must be the Cross. Through it, God’s love is revealed, and through it we have been saved.

We live in a world in which everyone makes themselves the centre. This is a false centre. Often, false religion also puts self falsely in the centre. makes self the centre. On the other hand, scientists tell us that there is actually no centre to the universe. This means having no centre to your life.

There is a solution. If we make Jesus the centre of our lives, we will be sure of our meaning and purpose, and we will end up on the right side of eternity.

About the Author: Dr Eli Gonzalez is the Senior Pastor of Good News Unlimited and the presenter of the Unlimited radio spots, and The Big Question. Sign up to his free online course called Becoming a Follower of Jesus to learn about Jesus and His message.

Fast & Furious 9 Makes the Oversized and Impossible Mean Something

The Nurse Who Found Hope By Living on a Surgery Ship