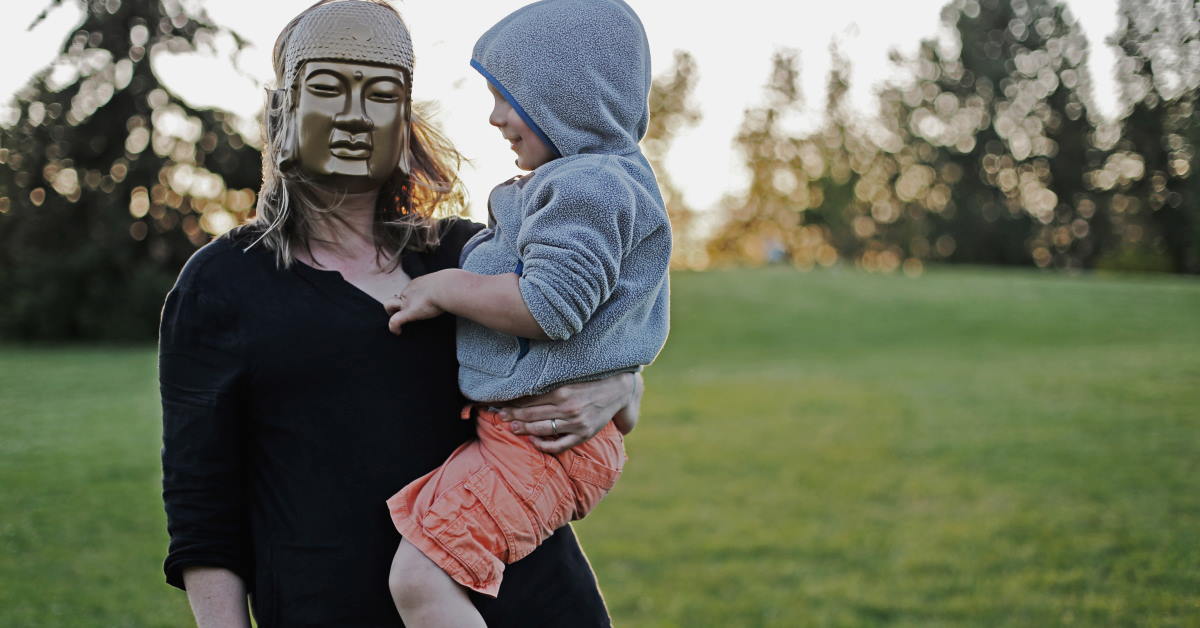 In her article she writes:

I am often asked by parents, “How do I talk to my child about death if I don’t believe in God or heaven?” My answer is always the same: “Lie.”

Why does she encourage parents to tell their kids about God, even if the parents aren’t religious?

It’s because of the benefits that religion brings to children – especially in the area of mental health.

1) What Secular Research Shows Us About Religion

In her article, Komisar references a large study from Harvard university:

“A 2018 study in the American Journal of Epidemiology examined how being raised in a family with religious or spiritual beliefs affects mental health. Harvard researchers had examined religious involvement within a longitudinal data set of approximately 5,000 people, with controls for socio-demographic characteristics and maternal health.”

“The result? Children or teens who reported attending a religious service at least once per week scored higher on psychological well-being measurements and had lower risks of mental illness. Weekly attendance was associated with higher rates of volunteering, a sense of mission, forgiveness, and lower probabilities of drug use and early sexual initiation.”

(You can read the full study for yourself here).

“[O]ne truth about meaning is this: the larger the entity to which you can attach yourself, the more meaning you will feel your life has. While some argue that generations that lived for God…were misguided, these same generations surely felt their lives imbued with meaning. The individual, the consuming self, isolated from larger entities, is a very poor site for a meaningful life. However, the bloated self is fertile soil for the growth of depression.” [1] (Emphasis added).

Seligman makes that point that as ‘[Western society has moved] away from individual investment in endeavours larger than self: God, Nation, Family, Duty,’ depression has increased:

“Depression until the 1960’s was a fairly unusual condition, typically reported by middle aged women. In the early 1960’s, depression started becoming more prevalent. Now, after only thirty years, depression has become the common cold of mental illness and it takes its first victim in junior highschool, if not before.” [2]

In other words, the social science points to the fact that for children especially, being religious is a protective factor when it comes to mental health. [3]

And that’s worth our society noting, especially as rising numbers of children in the secular West suffer from poor mental health.

So, what are we to make of this article as Christians?

There are many vocal voices in the secular west that argue not only that religion is false and untrue, but also that it is harmful.

The likes of the ‘New Atheists’ have shouted this from the rooftops. Richard Dawkins has even gone so far as to claim that teaching religion to children is akin to child abuse. [4]

Sadly, increasing numbers of our secular friends are swallowing this narrative without question.

But as the social-scientific research is increasingly pointing out, the ‘religion is inherently harmful’ narrative just doesn’t stack up to hard evidence. Being religious has positive benefits for the believer (as well as for society as a whole).

Christians can welcome such research, because it counters this secularist narrative that religion is inherently harmful. And as such, it can open up doors to conversations about the gospel:

3) In a World that Needs to See Something as Good before it Accepts it as True, These Studies Can Help Open Up Gospel Conversations

We live in a culture that wants to know something is good before it is ready to accept it as true.

Our sceptical world demands to see the benefits and goodness of Christianity, before they’ll accept it as true. If Christianity is seen to be harmful, then it is much harder (humanly speaking) to convince people of the truth of the gospel.

But if a non-Christian friend sees the good that Christianity can do for them and others, they will generally be more open to the claims of Jesus.

And so, articles such as this one are helpful in countering the belief that Christianity is inherently harmful (and secularism is inherently good). When a respected secular source shows the goodness of Christianity, it can help people be more open to the gospel.

So for this reason, Christians can rejoice that this research is going mainstream.

How can you have real meaning if we’re nothing more than atoms glued together?
Komisar makes the point that the assumed naturalistic god-less universe of modern secularism is corrosive to human meaning:

“Nihilism is fertilizer for anxiety and depression, and being “realistic” is overrated. The belief in God—in a protective and guiding figure to rely on when times are tough—is one of the best kinds of support for kids in an increasingly pessimistic world.”

Martin Seligman made the same point in the earlier quote, where he wrote: ‘The individual, the consuming self, isolated from larger entities, is a very poor site for a meaningful life.’
And yet, that’s the life that’s on offer to our children (and the rest of us!) in the post-Christian secular west.

We’re told that life is ‘all about you’. You need to ‘be authentic’, meaning ‘you be you’, and do ‘whatever turns you on’. It’s a message that resonates – especially with young people – because we’ve swallowed the lie of radical individualism, detached from any higher purpose than our own happiness.

And so we wonder why there is a crisis of meaning and mental health.

No wonder so many people – young people especially – are flocking to the likes of Jordan Peterson, who aims to give people some form of meaning in their detached, isolated lives.

And yet, for all the above benefits, Christians need to be cautious about this article’s view of truth.

5) Truth Matters More than Whether Something Makes Us Feel Good

Christianity is more than therapy.
Komisar seems to operate out of a ‘functionalist’ view of religion.

It’s the view that religion is a man-made construction that has many social and personal benefits. The functions of religion are to provide a sense of divine oversight and guidance, a sense of comfort, an understanding of life after death, an explanation of morality.

Whether the religion is true or not is irrelevant: as long as it makes you feel good, then you can and should believe in it.

And (ironically) you should even lie that you’re religious, if it brings about positive health outcomes in your kids!

But as theologian and commentator Albert Mohler points out:

“For Christians operating from a biblical worldview, the prior question is truth. We don’t want to have anything to do with any religious system that isn’t true regardless of its functionalist effects. We’re not looking to Christianity as a coping mechanism. We believe in the gospel of Jesus Christ because we believe it is true.”

Or to paraphrase Matt 16:26: what good will it be for someone to gain robust mental health through believing in their (false) religion, and yet lose his soul?

Yes, these studies can be helpful for the gospel, but only so far as they help point people to the true source of Life and Peace – Christ Jesus Himself.

[2] Seligman, 41, 37. At this point, some might argue that depression today is just being diagnosed more than it was before. But as Seligman points out: ‘You might wonder if this explosion of depression is just an artifact of labelling. Maybe our grandmothers suffered as much as we do but didn’t call it ‘depression’. They just called it ‘life’. Maybe the grinding misery that we call depression used to be an acceptable, inevitable part of the human condition. Now it has become a “disorder,” and a treatable one – one tat we believe we can and should get rid of. These factors are valid considerations, but they do not explain the explosion of depression. The interviewers [of the major studies that show a massive increase in depression] did not just ask “Have you ever been depressed?” They asked about the occurrence of each symptom over a lifetime.’ Seligman, 38-39.

[3] Of course, many religious people have suffered and do suffer from poor mental health (the aforementioned studies show religion is a protective factor, not a guarantee, against poor mental health). For more on this, check out the free webinar ‘How Should Christians Deal With Anxiety?’, from The Gospel Coalition Australia.

[4] ‘I am persuaded that the phrase ‘child abuse’ is no exaggeration when used to describe what teachers and priests are doing to children whom they encourage to believe in something like the punishment of unshriven mortal sins in an eternal hell.’ Richard Dawkins, The God Delusion (London: Bantam Press, 2006), 318. 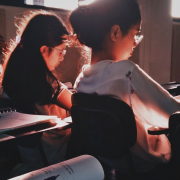 Could A Christian Vote For Trump In Good Conscience?

Sharing Your Faith Is a Partnership, Not a Solo Gig

The Comey Rule – Is Telling the Truth Manipulative? [Review]