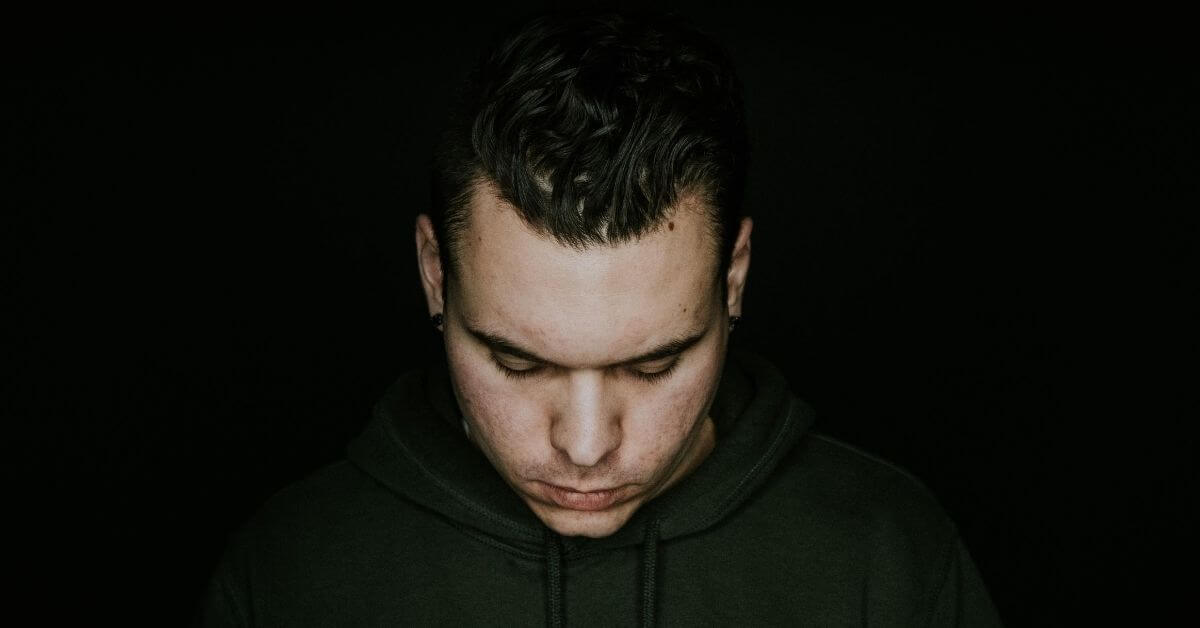 I grew up with a victim mentality.

Nobody called it that at the time. But as I look back, that’s what it was.

You see, I was a refugee from communist Eastern Europe – from Hungary. I grew up among other refugees, among victims. Victims of an oppressive totalitarian regime. Victims who saw loved ones imprisoned and killed. Victims for whom fleeing their homeland was often the only option left.

Now not for a moment do I want to minimise the suffering of my fellow (Hungarian) refugees. Their pain was real.

But it did mean I grew up in a subculture that was overly aware of our national suffering. Being a victim was core to our Hungarian identity – like goulash and paprika. And yes, Hungary had its fair share of national tragedy: from the 1920 peace Treaty of Trianon at the end of World War I that saw Hungary lose 60% of her territory; to being occupied first by the Nazis,  and then the Soviets (for 40+ years).

Growing up, I was constantly reminded how much we Hungarians had suffered at the hands of others.

We were the victims. And the nations around us – Russians, Romanians, Serbs, Slovaks – they were the oppressors.

We were innocent. They were guilty.

And so, I developed a victim mentality (at least when it came to race).

Needless to say, such a victim mentality didn’t exactly encourage me to build friendships with those nationalities. (In fact, while my fellow primary school buddies were playing handball and Atari, I was dreaming about launching a revolution against the Soviet occupiers – with Rambo and Reagan as my inspiration).

The victim mentality had well and truly distorted my view of reality.

The Victim Mentality Comes To The West

But now I’m seeing the victim mentality go mainstream here in the West. It’s through the  ideology commonly known as ‘identity politics’, which neatly divides society into victims and oppressors. It’s an ideology that tells various minorities that they’re hapless victims of an oppressive system: whether of racism, heteronormativity or sexism (for example).[1]

Again, this isn’t to minimise the suffering of such minorities.

But I am concerned about the adoption of a victim mentality: a mentality that – like a drug – makes you feel good for a while, but then sucks the life out of you.

So let’s explore this victim mentality, and why it’s so bad for people.

What Is a Victim Mentality?

While there is no formal psychological definition of a victim mentality, a useful working definition is as follows:

If you have a victim mentality, you will see your entire life through a perspective that things constantly happen ‘to’ you. Victimisation is thus a combination of seeing most things in life as negative, beyond your control, and as something you should be given sympathy for experiencing as you ‘deserve’ better. At its heart, a victim mentality is actually a way to avoid taking any responsibility for yourself or your life. By believing you have no power then you don’t have to take action.’

In other words, any bad thing in your life is the fault of other people. They’re the ones that are bad, wrong or dumb, and you are good, right and brilliant. Other people do bad or stupid things, and you suffer as a result.

Being a Victim vs. The Victim Mentality

Before we go any further, let’s make a crucial distinction: there is such a thing as an innocent victim. Such a person suffers (exclusively) because of another person’s sin.

We see this clearly in Scripture.

People can be innocent victims. We can suffer unjust evil at the hands of others.

But we need to beware of moving from being an innocent victim, to adopting a victim mentality.

And in the case of other victims, we should affirm the reality of their suffering (and as we have opportunity, address it).  But we do them a grave disservice if we promote in them a victim mentality.

Here are 6 reasons why:

While the Bible does recognise the reality of innocent victims, it stops short of affirming a victim mentality.

We see this firstly in the life of Jesus.

If anyone had a right to adopt a ‘victim mentality’ – blaming other people for their own unjust suffering – it was Jesus. And yet, according to Scripture, Jesus didn’t adopt any behaviour consistent with a victim mentality. Instead, in response to his suffering he had the mindset of a humble servant (Phil 2:7-8); he endured faithfully as he saw the joy that waited for him on the other side of his resurrection (Heb 12:2); and he actively trusted God throughout the ordeal (1 Peter 2:21-23), knowing there was a purpose behind his suffering (Mark 10:45). Furthermore, he lovingly suffered and bled for those who victimised him (1 Peter 2:21-24).  Even in the midst of his suffering he prayed for their forgiveness (Luke 23:34).

And the New Testament commands Christians to have this same attitude as Jesus.

Even as we undergo persecution, we’re never encouraged to adopt anything resembling a victim mentality. Instead, we’re to act responsibly:  doing good in the midst of persecution with the aim of helping our enemies come to know Christ (1 Peter 2:12); not paying back evil for evil or insult for insult (1 Peter 2:20-23); not hating our enemies but loving them (Matt 5:44). And instead of blanket negativity in the face of unjust suffering, we’re to rejoice even as we grieve (1 Peter 1:6, 4:16). Notice these are active commands: there is no passivity or giving up in the face of suffering – even unjust suffering.

A victim mentality is not a biblical response to unjust suffering.

2) The Victim Mentality Distorts Our View of Reality

The victim mentality distorts our view of reality. When we adopt a victim mentality, we tend to see things through a negative lens. We magnify the bad things that happen to us, and attribute them exclusively to people and forces outside of our control.   We lose our perspective on reality.

And our need for a Saviour.

A victim mentality magnifies the harm done to us, and minimises our own sinfulness. After all, we reason, our sin is nothing compared to what others have done to us. But except for circumstances where we are innocent victims (e.g. when robbed at gunpoint etc), we often have some responsibility for our situation. We often have some part to play in the way things have turned out (even if only partially). But a victim mentality tells a false narrative, explaining our situation so that blame lies exclusively with other people/circumstances.

Or to put it theologically, we become blind to our own sin. To use my Hungarian upbringing as an example, it was only later I realised that – shock, horror – Hungarian history isn’t a simple case of Hungarians being innocent victims. Often, Hungarians did evil things to others (e.g. antisemitism). But I was never taught that growing up, because of the victim mentality.

One of the most harmful impacts of a victim mentality is what it does to people who hold it: it removes nearly all their initiative to improve their situation. They lose the ability to positively influence their circumstances, and better their lives. In other words, they’re held hostage to their circumstances. As secular thinker and author Stephen Covey points out:

Reactive people [i.e. people with a victim mentality] are affected by their…environment…When people treat them well, they feel well; when people don’t, they become defensive or protective. Reactive people build their emotional lives around the behaviour of others, empowering the weaknesses of other people to control them.’ [2]

Because we’re not thankful for our blessings.

But again, this isn’t biblical.

As Christians, God has given us every spiritual blessing in Christ (Eph 1:3), and so we can be thankful no matter our earthly circumstances (Col 2:6-7). We can rejoice even in our sufferings, knowing that suffering achieves for us our ultimate end – to be more like Christ (Rom 5:3-5).

Yes, we grieve as we suffer. We might be wracked with pain as we endure injustice. We might work to end such injustice. But we do this with hope and with love – not with anger and hatred toward those who hurt us.

If you’re in relationship with a person having a victim mentality, chances are they won’t take responsibility for their actions in the relationship.

If there’s ever tension, it will be your fault.

If there’s conflict, you’re the one to blame, not them.

They won’t be open to being challenged about their sin – why would they? They’re innocent, and you’re guilty. Such a relationship is fraught and full of tension.

Again, I felt this in my politicised upbringing: I felt anger toward people of nationalities who had oppressed Hungarians.

And we see this in modern identity politics, where the default reaction of victim groups is anger at those deemed oppressors (witness the way many LGBTI advocates relate to Christians and Christian institutions).

A Better Way: Entrust Your Life to God While Doing Good

The Bible shows us this better way.

But the secular world is coming to understand this as well.

Austrian Psychiatrist and Holocaust survivor Viktor Frankl discovered – in the horrors of Auschwitz, no less – that no matter what our circumstances, we are response-able. As image bearers of a creative God, we have personal agency: the ability to take initiative, to choose our response, and to act wisely no matter what we face. [3]

And although taking responsibility often means owning our sinful behaviour, and its impact on others – we can do this if we look to a Saviour who rescues us from the consequences of our sin.

Or in the words of the apostle Peter, writing to Christians suffering persecution: let those who suffer according to God’s will entrust their souls to a faithful Creator while doing good. (1 Peter 4:19).

Now that’s a much better way to live.

‘[In identity politics], an individual either belongs to a majority, exercising this power whether consciously or unconsciously; or to a minority, bearing the impact of this power as a victim…The victim asserts a claim on the basis of a presumed owed duty, but this ‘owed duty’ is neither negotiated nor reciprocal’. See Peter Kurti, The Democratic Deficit – How Minority Fundamentalism Threatens Liberty in Australia (The Centre For Independant Studies, July 2016), 6, 12. In other words, if you’re a victim, then you’re seen (according to identity politics) to have a right to demand things of others – from those deemed to be your ‘oppressors’. The end result is that this political and social form of victimhood is valorised, and promoted. When people are told they’re victims, and being a victim brings with it certain benefits from wider society,  it won’t be long before they end up with a victim mentality.

[3] This account of Viktor Frankl is told by Stephen Covey. See Covey, The 7 habits, 69.

From Weakness to Strength

“What If Every Broken Place I’ve Been Was a Godsend?” US Artist Riley Clemmons 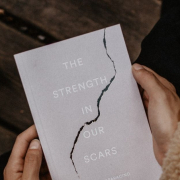 Saved, With Scars – That Jesus Can Heal

The True Story of a Fearless Woman Whose Work Has Saved Thousands of Lives:...
Scroll to top