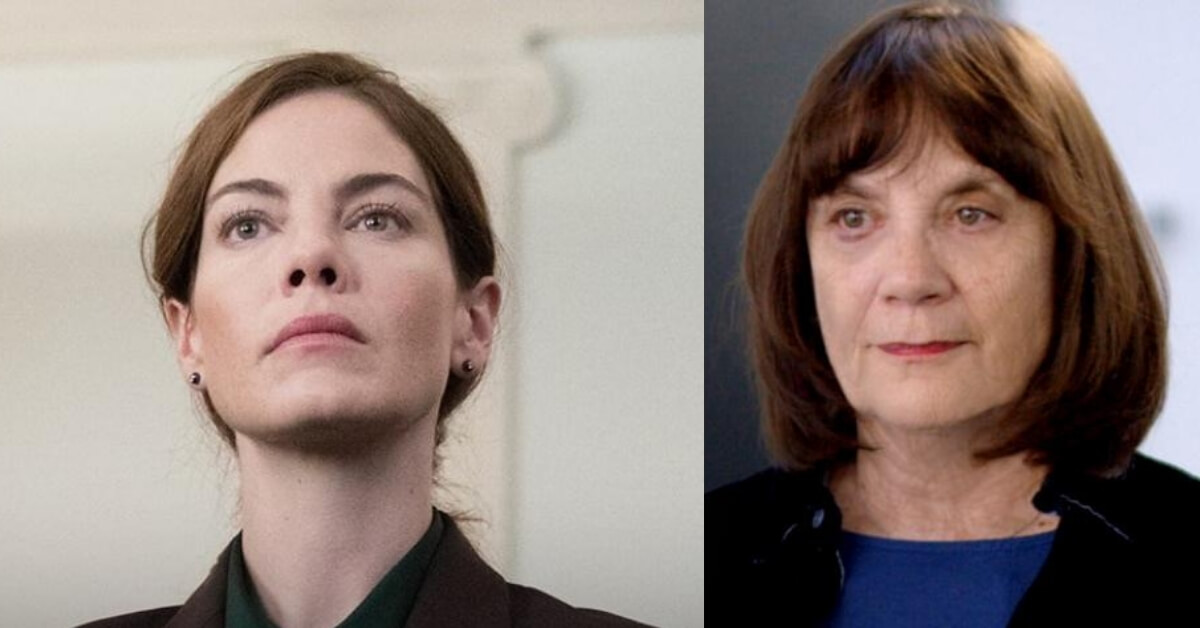 Oftentimes it’s our most vulnerable communities that need the most help – yet sadly because of their situation they’re also the ones who have the most trouble accessing it.

In Saint Judy, we see a world where the vulnerable not only need help – they have to prove they’re worthy of it.

Starring Michelle Monaghan (Mission Impossible, The Best of Me) as immigration attorney Judy Wood, Saint Judy is based on the true story of the woman who was instrumental in changing immigration law in the US to make it easier for women to seek asylum.

Judy moves to Los Angeles with her son to be closer to his dad, taking up a role at small law firm. She quickly realises the firm’s motivation is less about seeking justice for their clients and more about closing the hundreds of cases they have piling up.

When Judy comes across the case of an asylum seeker who’s being mistreated in jail and hasn’t had her case fully investigated, she can’t let it go – and is forced to form her own practice to continue pursuing it.

This case becomes the backbone of the movie, exploring issues within America’s immigration law – particularly those that don’t count women as a vulnerable social group.

How Women Fleeing Violence Are Not Protected

While promoting Saint Judy the real-life Judy Wood explained that, because women aren’t a minority, they’re “not a protected class; the refugee statutes don’t apply to women who are fleeing violence in their home country. And I can’t understand how that holding could possibly survive, because the whole meaning of being a refugee is someone who is fleeing from violence.”

As the case continues, Judy must validate her client’s request for asylum and prove the legitimacy of a woman’s need for protection – and how the law doesn’t cater for the nuances of their needs.

Judy continued, “A person who has a well-founded fear of persecution can apply for asylum [in the US], but the grounds of the persecution are very limited; there are five grounds.

“The problem is there’s so much shame in the fact the person you’re representing has actually been a victim, it’s very hard for them to overcome that shame and tell the truth. And when they do tell the truth they’re not believed, so it’s kind of a crushing experience.”

The Law Should Support People, Not Dehumanise Them

Ultimately Saint Judy’s intention is to remind us that the law should be there to serve people – not dehumanise them. It gives real faces to persecution and abuse, and invites us in to the stories of immigrants and refugees seeking asylum.

Actress Michelle Monaghan said, “It’s important for people to see this movie because there’s so much to be learned about the human experience of immigrants and refugees.

“…One of my great takeaways is the impact just one person can have; [Judy] saved literally thousands of lives with her own mission – there’s nothing more inspiring than that. And I hope [Saint Judy] opens people’s hearts to have compassion and to have another point of view in regards to [America’s] immigration issues and how it’s affecting women and families all over the world.”

Saint Judy is in cinemas from August 20.

God Can Only Heal What You Reveal

“Look Before You Book”: A Stern Warning For Travellers

Before He Died, Mike Willesee Revealed a Deep Spiritual Search

The Silver Lining of COVID-19 – Fewer Colds and Flus

Free Bible for Babies Born in 2021

What Covid Taught Me About the Embarrassing Parts in the Bible

Beware The Dangers Of A Victim Mentality

A Laundry List of the Church’s Worst Sins – And Greatest Contributions –...
Scroll to top