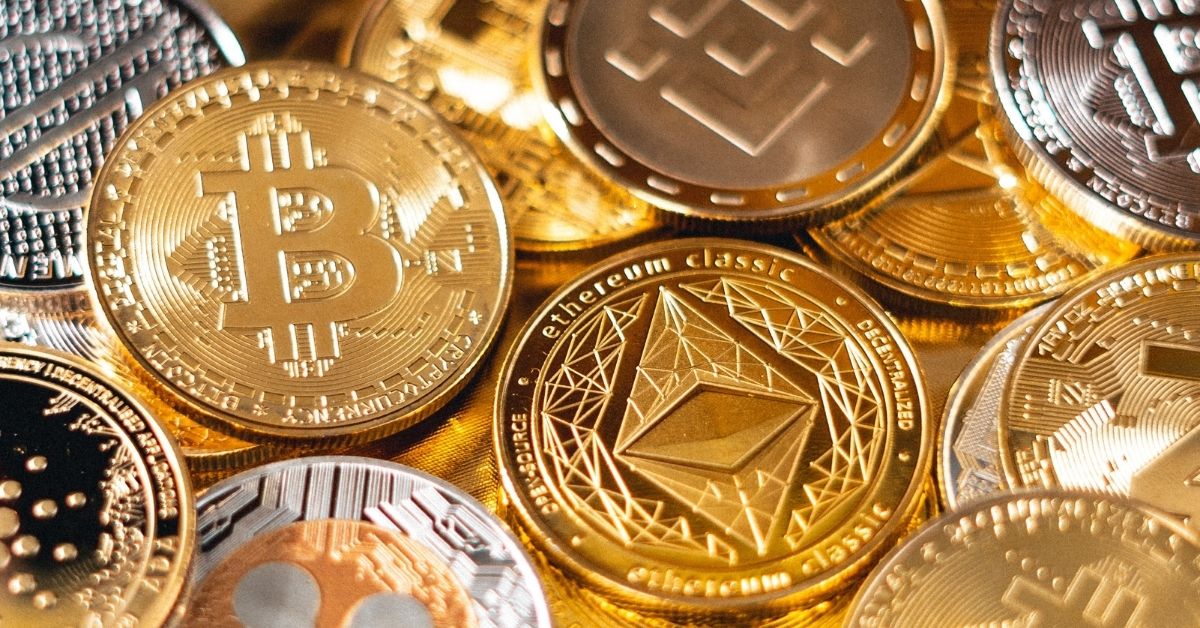 Blockchain has steadily grown in popularity over the last couple of years. Bitcoin’s value soared over 70% in 2020 and is projected to reach a price of US$66,000 by the end of this year. With low transaction fees, limited institutional involvement, and ease of use, blockchain presents an attractive opportunity for spenders across the world. But what will this new currency mean for the future of our notes and coins?

Blockchain is a global distributed ledger or database running on millions of devices and open to anyone. On the blockchain, trust is established not by traditional intermediaries like banks, governments or technology companies, but through mass collaboration and clever code. As the ledger is shared by many parties, it is incredibly secure and reliable. Transactions are verified in one location and the verification is shared to all parties.[1] Blockchain also offers unprecedented financial efficiency – as traditional intermediaries are cut out, information and assets can be transferred at faster speeds and with lower costs than ever before.[2]

Given these benefits, it should be no surprise then that the Australian Stock Exchange is in the process of replacing its entire system for bookkeeping, clearance, and settlements with a blockchain solution and HSBC plans to digitise the records of $20B worth of assets in its custody by the mid 2020s.[3]

Its growing popularity, however, is not universal. Since 2013, China has consistently placed strict legislation around cryptocurrency, despite it continuing to thrive within the country. Its move a couple of weeks ago might well and truly spell out its end. With China’s new legislation outlawing cryptocurrency mining and totally banning all cryptocurrency transactions, the global industry has taken a dive. With the currency being overall irresistible though, it is beyond unlikely that Western countries will follow suit.[4]

For banks, blockchain represents both a threat and an opportunity. It could offer a great way of improving customer service and efficiency. In 2016, Barclays Bank carried out the world’s first trade transaction using blockchain and cut down the transaction processing time from seven days to four hours.[5] On the flipside however, it could well be that blockchain becomes a significant disruption by threatening the very revenue banks and financial institutions earn from facilitating transactions. Bypassing intermediaries in the financial system was, after all, the clear goal of Bitcoin’s creator, Satoshi Nakamoto.[6]It is predicted that blockchain will reduce settlement and transaction costs by up to $20 billion by the mid 2020s – revenue that currently benefits banks and financial institutions.[7]

Despite the potential threat of revenue loss, around 80% of banks worldwide are actively developing their own blockchain technology[8] and a BIS report found that 20% of the central banks expect to be issuing digital currencies by 2025.

With institutions all the way across the financial sector moving towards these new digital currencies, the question of cash remains a significant one. Cash has been on the downturn for years now, especially accelerated by the pandemic which moved our shopping online and our turned our spending digital.

Transactions using cryptocurrencies don’t involve any physical money – a purchase of cryptocurrency is merely buying a slot in that cryptocurrency’s ledger. Ownership of currency is not verified by anything tangible but rather through a secret ‘private key’ that divorces personal identity from the ownership.

While this degree of anonymity may sound dangerous at face value, the beauty of blockchain-based currencies is that they are entirely traceable and every transaction is logged forever. Hedge fund owner Charlie Songhurst predicts that the cryptocurrency Bitcoin will be so pervasive in the years to come that the world may end up with 6 digital currencies: US dollar, euro, yen, pound, renminbi and Bitcoin.[9]

Validating Songhurst’s prediction, Twitter and Square CEO Jack Dorsey teamed up with rapper Jay Z in February 2021 to invest $23.6 million in an endowment fun with the express mission to “make Bitcoin the internet’s currency.”[10]

At a sociological level, the implications could be interesting. While blockchain-based cryptocurrencies are transnational, the currencies we have long been familiar with have always been tied to national sovereignty. Notes and coins have borne the face or insignia of the sovereign, as well as images and words related to national identity – in Australia, Banjo Patterson’s poetry can be found beneath his image on our $10 note. Currency has also intrinsically linked to the physical world — consider how the very names of currencies such as the peso, shekel and British pound are all derived from terms relating to weight.[11]

Beyond this, the consequences will affect different socioeconomic groups to varying degrees. While blockchain may be appealing to wealthy investor, disproportionate numbers of people in low socioeconomic communities continue to trade in cash. Aside from the accessibility and security cash in hand provides for less wealthy individuals, it is also a cheaper way of dealing with money as bank fees can be avoided.[12]

In this way, blockchain could present a viable alternative for low socioeconomic groups. These benefits have already been seen in Africa with blockchain-based payments system BitPesa having become widely used in sub-Saharan Africa. As BitPesa has become the platform of choice for financial transactions in countries such as Kenya, Nigeria and Uganda, transaction costs have been reduced by over 90%.[13] While this example presents a positive outcome, the consequences of blockchain for low socioeconomic groups more broadly remain to be seen.

Like any digital innovation of recent years, concerns surrounding privacy have been raised.[14]There is a reason that businesses avoiding tax often insist on trading in cash – it is so difficult to trace. While digital trading might prevent tax evasion, the high levels of traceability do pose a risk to individual privacy from financial institutions and governments alike.

A striking example of this arose in 2019 during the Hong Kong protests. A journalist on the ground tweeted a photo of crowds of protestors lining up to buy paper train tickets with cash. After overhearing and engaging in conversation with some of the protestors, it quickly became clear that this sudden revival of physical transactions was born out fear of government tracking through rechargeable Octopus cards. Knowing the risks of data tracking and surveillance that came with digital purchases, protestors turned to cash as a form of privacy and protection.[15]

The emergence of virtual currencies, and the blockchain technology that underpins them, undoubtedly represents the most significant change to financial services in decades and possible centuries. While it is likely to spell out the demise of cash, the implications of this demise will be broader and more significant than we may be assuming. Regardless of nation, ethnicity or wealth, blockchain spells out unprecedented transformation for our finances, and big change for our loose change.

Hope Even in a Pandemic

“Jesus Spoke to me in a Dream.” Does God Speak to those who don’t know him?

The Changing Role of Fathers

Where Will Aussies Be Travelling When Borders Reopen?
Scroll to top