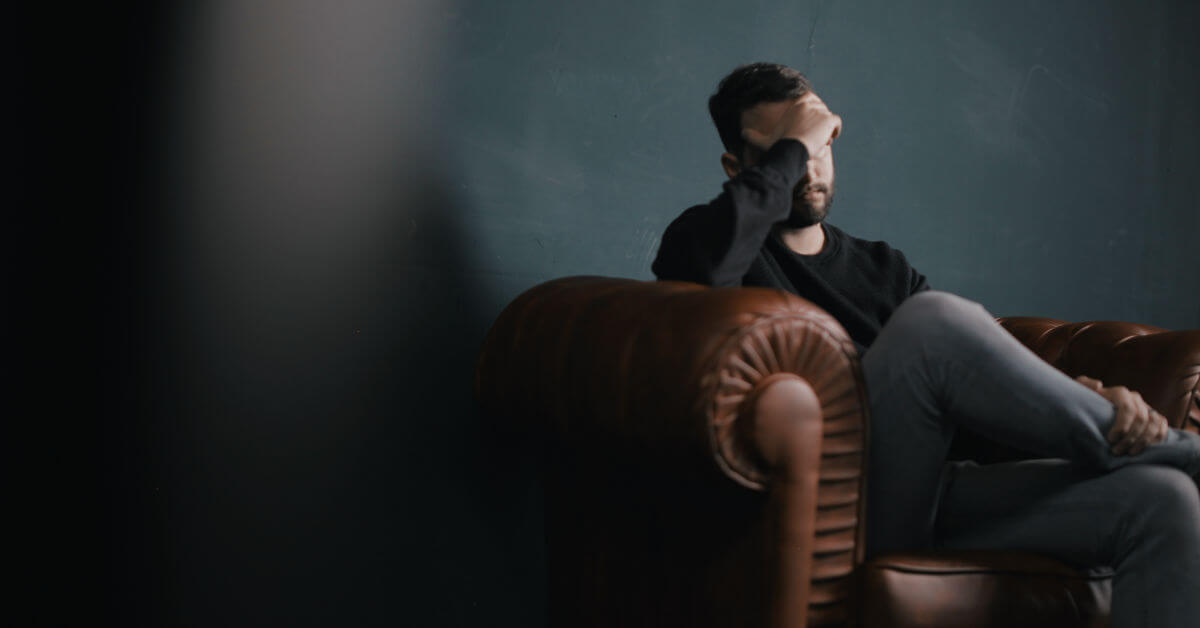 I remember the moment exactly.  Sunday morning, Parkerville Baptist Church, 2005.  It was the morning of the church open day.  It was a hive of activity.  A buzz.  Marquees, tents, food, drinks, performances.  And me, standing there like a zombie in the midst of it all.

I was wrapping up my sermon.  Encouraging God’s people to keep going until the last day.  I was making reference to a great bloke I know sitting at the back of Parkerville Baptist Church who had become a Christian in the recent past. And I remember what I was saying.  I was saying how one day Jesus will look at my mate Max and say “Well done, good and faithful servant.”

When it eventually breaks

And then I heard the crack.  An audible snap like an elastic band.  Okay I don’t know if I actually heard it, but I felt like I heard it.  Did anyone else hear it?  It seemed so loud, so final, so brittle. One thing is for sure, I knew it had gone.  Knew I had gone. The ping of something finally letting go inside me.  There was a pause, a moment of still, then the whole lot came slithering down and crash, bang walloped into the pit of my diaphragm.

I staggered off the stage, blind with tears.  Not even sure if anyone noticed.   I sat in the front row and heaved and heaved and heaved, but couldn’t feel like I was getting any breath.  And the tears started to flow.  And kept on flowing for about a week.

I thought I was going to make it.  In the weeks leading up to this I  felt like Homer Simpson going across Springfield Gorge on Bart’s skateboard.  You know the classic episode.  If not, watch this:

I didn’t make it.  All of the pent up pressure (much of it self-imposed), all of the uncertainties, the burn out I was feeling over ministry at the time – despite the best efforts of one of the best pastors I’ve ever worked with – pulled some sort of trigger somewhere and everything fell apart.  Or more to the point, I fell apart while everyone else kept on going.

Even on that Sunday, as everyone rushed off to sort out the church open day, and people make coffee and tea, I could sense things going on around me, while I looked out of me – or at least the shell of me – in what my friend – a psychiatrist – called a “catatonic state’.

In fact it was that friend who noticed it, who led me like the blinded Saul by the hand to my office where all I could do was sit and cry.  And cry.  And cry.   Jill came in.  My lovely wife, a clinical psychologist.  Concerned and upset all at once.  And on I cried.

We think we’re going to make it.  We think that the elastic band won’t snap until it does.  And when it does we wonder why we never eased off the tension when the signs were there.  But we never do.

Now I am the arty type.  Prone to melancholy but not generally given to depression.  And I realise that that was a burnout/breakdown episode that kicked off a more general depression that held me over the brink for another six months.

The depression was a pit like I had never experienced before.  So I guess the first thing, the only thing, I kept asking myself was, “Is this what it feels like to be depressed?”  Heard about it.  Seen it.  Got a wife who deals with the depression of others.  But to experience it?  Was this actually it?

Deep malaise.  Almost emotionless at times because to emote anything just took too much energy.   The doctor said I was clinically depressed and that a clinical treatment might help.  I knew that already.  I went on medication.  That seemed sensible.  When you’re married to a psychologist, and you have friends who are psychiatrists nothing about depression is secretive or particularly out of the ordinary, or even shameful.  It’s just up until then it had never happened to me. Except now it had.

I went to see a clinical psychologist. Often.  Someone who is now a friend to this day.  We talked.  A lot.  Was it me?  Was it ministry?  Was it a mix of me and ministry? Would it lift?  I’d come home feeling clearer, but like the windscreen on a rainy day, things would fog up again a day or so later

And I stayed at home.  All of the time. Stayed home, taking the occasional visitor, weeping with them, them praying with me or just having a coffee.  Someone came around with a cracked clay pot, beautifully put back together with space for the light to get in.  And out.  A true jar of clay.  More tears. The brain fog was intense.  The sleeping never made me feel less tired.  And it went on and on.

And then something strange happened

One day I was standing on the wrap-around verandah of our old farmhouse looking out over the suburb and down to the city, drinking a coffee, just standing there looking out at whatever.  It was a September morning and the spring sun was warming the hill.  And I felt something strange.  Something unfamiliar – or at least recently so.

What did I feel? I felt vaguely happy.  Vaguely happy, but happy enough even if it were vaguely.  Vague like when you bump into that person you haven’t seen in a couple of decades, but you still recognise them; the contours of their face.  Happy was not a complete stranger, but a lot of water had passed under the bridge since we last saw each other.

I went in and said to Jill “Guess what, I just felt happy.”

From that point, the vaguely bit of “happy” dissipated.  Not quickly.  Not all at once.  And sometimes it ebbed and flowed.  But then again so did the notion of feeling “happy”.  Perhaps happy had merely been “normal”, and I should have said “I feel normal.”

But from the pit of where I’d been it almost felt like ecstasy.   I probably feel like this every day now, but I’m so used to it I grumble and whinge and complain nonetheless.  What feels normal now felt searing and soaring and new back then.

Did it sort everything out when I was back on my feet?  Some things it did.  Other things it didn’t.  And it didn’t prove to be my deepest, darkest moment.  That came later with severe physical illness, but more of that anon.

Why am I writing this?

I’m writing this because I just read some brave people on Facebook speak of their travails with depression.  There’s no shame in it.

I’m writing this today because recently a famous Australian footballer who has suffered depression for many a year just high-sped his car into a large tree and left a grieving widow and three daughters who will have to live out their grief publicly with the rest of the country.

I’m writing this because a three year old article on The Gospel Coalition about the suicide of pastors, is trending again, and all this as yet another well known, young, self-effacing gifted pastor in the USA kills himself just this month.  My pastor friend in the UK who has had severe depression on and off for many a year wrote to tell me, and to share the grief for someone he had looked up to for his honesty.

And I’m writing this because perhaps you are in that pit, or you can feel the elastic band about to snap, and you’re about to go over Springfield Gorge.  And I’m not foolish enough to think that this article would stop that happening.  But perhaps, just perhaps, in the sharing of this, it will assure you you are not alone in suffering, should not be shamed by it, and that one day you too could feel vaguely happy again.

Bringing a Friend to Jesus

Where To Snag A ‘Democracy Sausage’ This Saturday

Am I the Only One Who Can’t Do the Rubik’s Cube?

Fast & Furious 9 Makes the Oversized and Impossible Mean Something

COVID-19 Vaccine: Where Are You in the Queue?

5 Ways to maximise your next brainstorming session

‘Maleficent: Mistress of Evil’ is Less Evil Than it Sounds and Looks

Tears of Joy and Sorrow as Uluru Climb is Closed: A Chat with Brooke Prenti...
Scroll to top