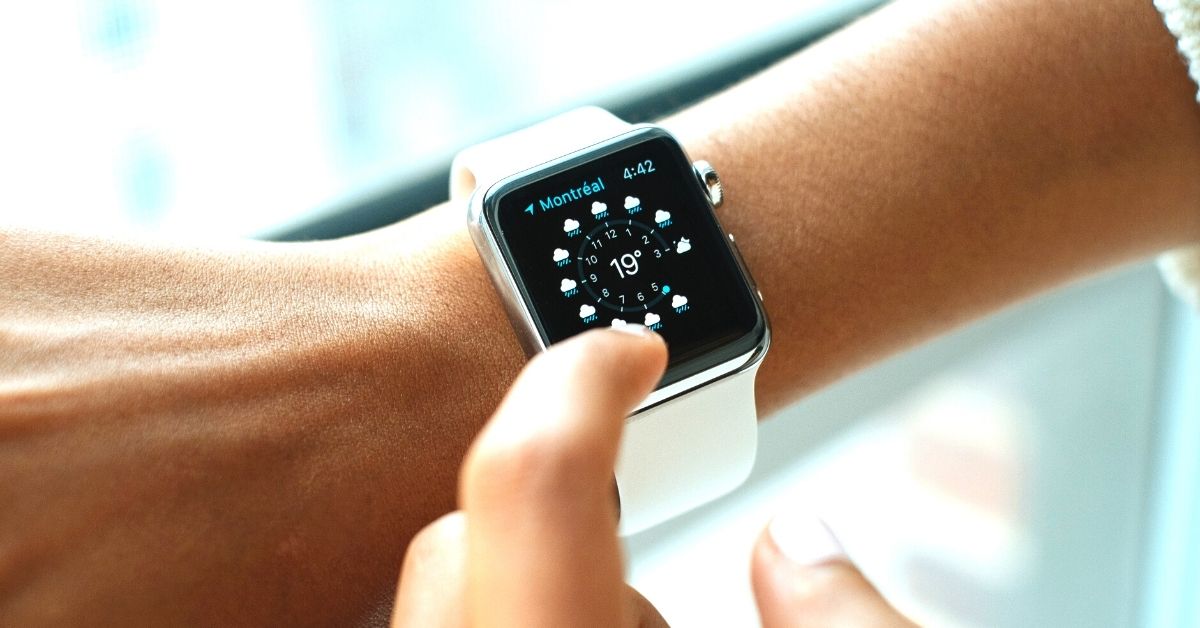 As innovations continue to proliferate, technology is being increasingly integrated with the human body.

Elon Musk’s Neuralink vision epitomises this, with the possibility of a computer-brain interface becoming more and more possible by the day. However, irrespective of this extreme, the embrace of human-integrated technology is evident in our ordinary lives in the form of wearable technology.

The Quantified Self movement and the general focus on fitness have played a significant role in generating a market for wearable technology. However, wearable tech does not end with fitness.

Here are four areas that are seeing tech become more wearable than ever:

Perhaps the most widely accepted form of wearable technology, smartwatches have offered new potential for the tracking of biometrics and the monitoring of health and fitness. Beyond simply tracking heartrate and footsteps, smartwatches enable individuals to monitor their glucose levels, REM cycles and brain activity. Rather than simply improve athletic performance, gadgets such as Fitbit and Whoop can predict illness, provide personalised health recommendations and alert users to health risks before any symptom may be evident. Quantifying these various aspects of the human body and allowing people access to their own data means that health and optimal performance is in the hands of the everyday individual… or rather, on the wrist.[1]

Recent innovations in the field of activewear are opening up new possibilities for the uses of our clothing. Last year a team of MIT scientists developed a digital fibre that can process data. Hundreds  of chips are integrated into a polymer fibre, creating a kind of electrical thread. Just like the threads of normal fabrics, this fibre is small enough to pass through the eye of a needle and can be woven into the material of normal clothing. The difference is that this thread can collect data from the wearer, measuring things like body temperature and the type of activity being engaged in.[2]

Another kind of technology-powered activewear was developed by Australia-based company Wearable X. Its Nadi X yoga pants are a smart workout pant which uses sensors and vibrations to assist users in their yoga. Vibrations help yogis focus their movement and suggest adjustments to their pose, having detected them through built-in sensors. A corresponding app then supplies the user with data and recommendations. This kind of activewear innovation taps into the emerging need for at-home workout solutions in a post-pandemic marketplace.[3]

The fitness-focused Quantified Self movement does not end with Fitbits and yoga pants. Wearable technology is now being placed within the clothing piece perhaps most relevant to fitness: shoes. Smart footwear uses a range of sensors to gather data about the user’s gait, balance, foot position, calories burned and steps taken. This data is then offered to the user along with information and recommendations. For example, advice for better form may be offered in response to a detection of injury prone foot positions. Brands such as Altra offer shoes with this technology, while companies like Digitsole provide insoles with similar capabilities that can be transferred between shoes.[4]

Beyond tracking athletic performance, smart shoe technology is advancing social causes as it is being used to assist the visually impaired. The founders of smart footwear company Lechal, Krispian Lawrence and Anirudh Sharma, are aiming to use haptic feedback technology in their footwear. Wearers will feel slight vibrations in their shoes that enable them to navigate to their destination. Rather than use a phone to navigate or listen to audio, the haptic feedback will direct users without distracting their attention from the immediate environment. The founders also see this technology as a preventative measure against fatal falls in older users as it can assist in improving balance and gait.[5]

An area in which we are seeing the capabilities of augmented reality meet those of wearable technology is eyeware. While VR headsets offer outstanding opportunities for immersive experiences and the Metaverse, AR is making great strides in eyewear’s everyday uses. Augmented reality offers unique capabilities, allowing the user full sight of the real world while overlaying data across this vision. Last year Facebook, now Meta, launched their RayBan-style augmented reality sunglasses which enable just this, a move that unquestionably signals what is to come.

Another of the most significant breakthroughs on this front has been the development of digital screens that fit onto contact lenses. Technology invented by a Californian company called Mojo Vision does just this by allowing users to view AR images directly from their eyeballs rather than through a smartphone screen.

At a simple level, this technology will assist the visually impaired by augmenting contrasts and lighting. For example, enhancing the contrasts of a curb or any other hazard can prevent accidents for those with visual impairments. Zooming in and out will also be possible, as will the tracking of eye movements that may detect health issues such as concussion. It is easy to see how quickly revolutionary this tech could become.[6]

In decades past, technology was something external to the individual that was engaged in as necessary. As the years have passed, tech has moved closer and closer. The moves towards wearable technology that are already well on their way signal the new kind of human engagement with devices. Rather than remain something external to us that we use as needed, technology is now something as close as our own skin, used constantly in order to enhance the wearer’s experience of the world.

[1] Morris, B 2021, ‘How Fitbit, Whoop and Other Gadgets Are Measuring Brain Activity, Glucose and Sleep’, Wall Street Journal, 12 April.

[5] Rahman, A 2019, ‘What is Lechal: A smart footwear that navigates its users with vibrations’, NS Medical Devices, 13 June.

Remove Religious Education from State Schools? Have Your Say

Preparing Your Child for “Big School”

Who I Am in Christ: 10 Life-Changing Truths All Christians Must Know

“A Good Night’s Sleep Starts as Soon as We Wake Up,” Says Sleep Resea...