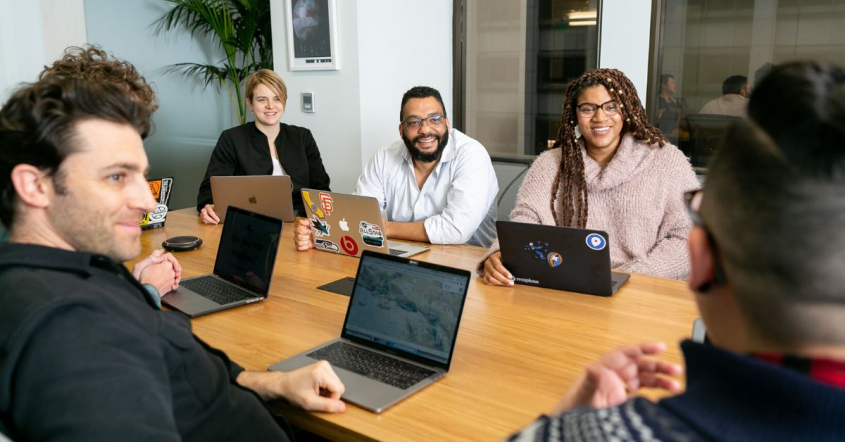 Everybody wants a diverse team. Recent years have seen diversity become a new priority for businesses, often above other values – and for good reason!

While quotas are a matter of some controversy, the contemporary push for diversity leads to some great results.

Psychologist Irving Janis argues that the lack of diversity in a group insulates it from outside opinion and convinces members over time that the group’s judgment on important issues must be right. These kinds of groups, Janis suggests, share “an illusion of invulnerability and a willingness to rationalize away possible counter-arguments to the group’s position.”[1]

In his book Why Good Companies Go Bad, Donald Sull argues that conformity in leadership played a key role in the woes of companies such as Firestone Tires, Compaq and failed automaker Daewoo. Prior to these companies’ falls from greatness, he suggests that their respective leadership teams had become ‘like clones’, each executive tending to reinforce a collegial point of view. In the case of Daewoo in particular, 6 in 10 of the company’s senior management graduated from the same university, and almost a third graduated from the same high school.[2]

The Benefits of Diversity

Diverse and often dissenting opinions within a team prevent an organisation from being caught in blind spots or conventions. A range of perspectives is essential if a team is to maintain originality and achieve any level of innovation in their work. However, while ethnic, religious and gender diversity are undoubtedly great sources of value, they are not necessarily enough to grant a organisation the full benefits of diversity.

One such force that prevents the raising of voices in groups was uncovered in the late 1940s by political scientist Elisabeth Noelle-Neumann. She became intrigued as to why otherwise confident people often remain in the background and opt not to voice their opinions in certain situations.

The Spiral of Silence

Noelle-Neumann’s research led her formulate what became known as a theory called the Spiral of Silence. At the core of this theory is the natural compulsion toward social acceptance. We are social beings and a primal fear common to all humans it to be rejected – to find ourselves on the outer. When we feel that our views may not be in-step with the majority, we tend to stay silent rather than risk being ostracised or criticised.

Often all it takes is one very loud and confident voice to offer an opinion, and a few others to agree, for an alternative voice to be silenced for fear of rejection or criticism. Those that feel they are in the minority are likely to suppress their opinions and keep their mouths closed. On the contrary, those who perceive that they hold the majority view tend to speak up and become emboldened in their certainty owing to the absence of anyone who disagrees with them.

“Often all it takes is one very loud and confident voice to offer an opinion, and a few others to agree, for an alternative voice to be silenced for fear of rejection or criticism.”

This juxtaposition highlights the ‘spiral’ nature of Noelle-Neumann’s model. The dynamic quickly becomes self-fulfilling. As only some views and voices are heard, those who hold a counter view remain silent and become increasingly reserved – a silence that is perceived by the broader group as agreement.

This dynamic is strikingly common within groups, and yet it highlights one of the strongest ways that the psychological safety of a team is threatened. It can be incredibly difficult to build this safety and to encourage the free exchange of diverse and dissenting opinions that is itself the inherent value of teams.

One factor which contributes to this inhibition of dialogue, however, is our view of debate as inherently adversarial. Our feelings of deep discomfort and rejection within conflicts ae signs that we view all disagreement as a threat. As we have seen, however, disagreement is essential.

For this reason, reframing debate as something that is not adversarial, but collaborative can be incredibly helpful. Debate in the age of Plato and Aristotle was seen as a collective activity in the pursuit of truth. Disagreement between individuals was not a threat to the collective, but was seen as necessary to the process of honing ideas in the pursuit of what was true.

This view of debate has been lost in contemporary society, undoubtedly for a range of social, political and philosophical reasons. One of the trends that is part of it however is our habit of equating identities with ideas. When we do this, we lose the ability to constructively engage. In the words of legendary entrepreneur and author Paul Graham, “People can never have a fruitful argument about something that’s part of their identity. By definition they’re partisan.”[3]

Our Resistance to Change

If we define ourselves by our ideas, we will resist changing our mind at all costs because rethinking our opinion would be the same as having to relinquish who we are. Beyond that, we are likely to write others off rather than disregarding a single idea while continuing to value them.

In order for constructive debate to occur, each party needs to feel safe, accepted and respected as a person. Our ‘opponent’ needs to feel valued as person regardless of their perspective.

Notice that the psychological safety here is the safety of the person. It is possible to reject an idea while maintaining the value of the person who holds it. Not only is it possible, but it is necessary of any fruitful debate or dissent is to occur within teams.

Diversity is absolutely necessary for innovation, but we can not gain the full benefits of it if the exchange of ideas is inhibited. Group dynamics like the spiral of silence, as well as a general conflation of people with their opinions are key forces that prevent the free exchange of perspectives. If you want to get the best out of your diverse teams, it is likely that healthy, safe and respectful debate will be beneficial. Don’t be afraid to disagree!

The Gospel and the Salt

Why The Atheists Are Right About Religious Discrimination In Australia

“The Law Shouldn’t Protect Us From Having Our Views Challenged”, Says Leading Barrister & Historian

Why Do I Hate Vacuuming?