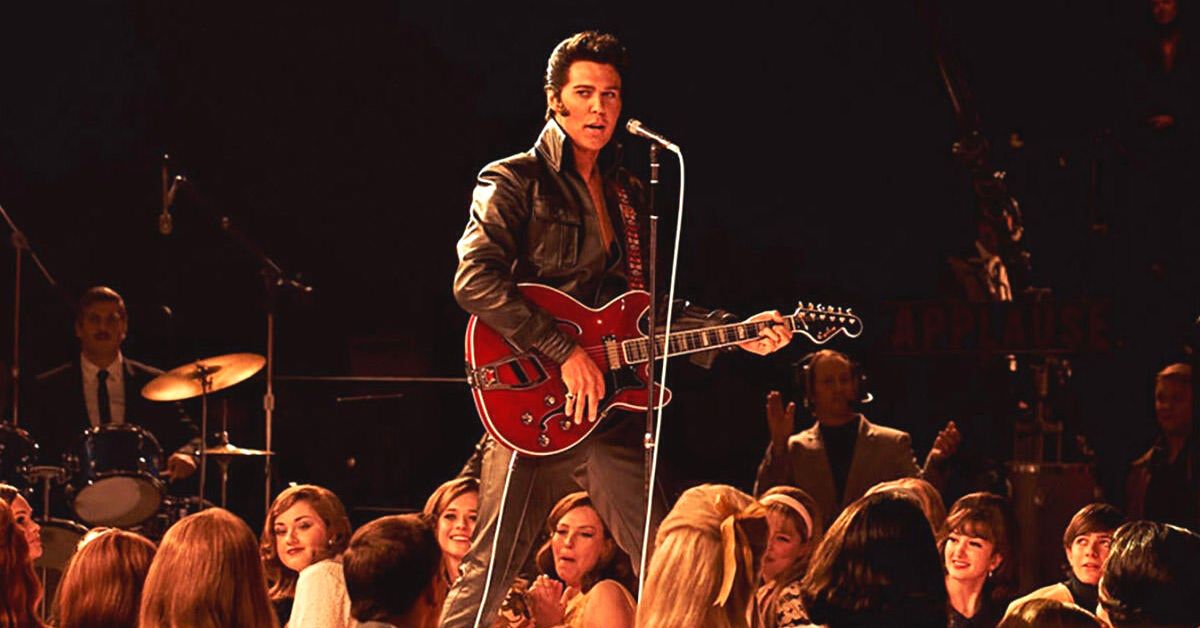 By: Russ Matthews at Reel Dialogue

Since Elvis’ untimely death in 1977, many reports of his lifestyle have made it difficult to differentiate fact from legend.

When Baz Luhrmann (The Great Gatsby) announced his intention to develop a biopic on the King of Rock, there was an apprehensive groan throughout the industry. Especially when the Australian production was plagued with COVID-influenced challenges throughout the filming, there was a skepticism that overshadowed its eventual release. Yet, you cannot underestimate the powers of Luhrmann and his ability to deliver an unexpected spectacle along with the continual allure of Presley’s charismatic appeal.

What is unexpected from the outset is how the director of Moulin Rouge had the whole film narrated by the nemesis of Presley’s past, Colonel Tom Parker (Tom Hanks). Even if audiences are unfamiliar with his role in Elvis’ success and downfall, it becomes apparent that he is the perfect person to tell Presley’s story. Since he was the man who discovered the young singer and began to groom him for his role in rock and roll history.

As this 20-year journey goes from Elvis’ early years in poverty and how the influence of those within the African American community helped him to develop his musical style and unique dancing abilities. His less-than-illustrious acting career culminated with his infamous years in Las Vegas.

What proves to be the right combination of Luhrmann and Elvis is their penchant for style along with their love for music. For fans of the King, this might feel discombobulating as this is a modern retelling of the 50s and 60s. All the while, Luhrmann honours the legendary singer by painting him with a brush that shows his talent. While exposing the humanity that existed under the surface of the entertaining exterior.

This is helped along by the outstanding interpretation of Austin Butler (Once Upon a Time in Hollywood), who delivers a performance of a lifetime. He embodies Presley throughout the three decades of his career with skills that are less an interpretation and more of a spiritual connection with his character. This young actor proves to be an acting powerhouse and an excellent musician throughout the film.

Now at the heart of this film is an ever-present bittersweetness as this all comes from Colonel Tom Parker’s point of view, which Tom Hanks plays out with brilliant villainy. The award-winning actor has become the everyman of this generation. Yet, he manages to pull off this role despite being unrecognisable under the makeup and fat suit. Despite having to leave the production due to his well-publicised COVID diagnosis, this did not seem to diminish his performance.

He manages to play the perfect foil to the innocence and passion of Butler’s representation of Elvis. Then, to add the exceptional Australian cast and musical work of Shonka Dukureh on Hound Dog, Les Greene’s playing of Tutti Frutti, and many more, this becomes one of the most entertaining biopics in years.

No one can get past the fact that Baz Luhrmann can be an acquired taste and his films have been a mixed bag throughout the years. Yet, Elvis has to be one of his best. This story will rock the lives of those willing to rumba in the sports car and enjoy the ride.

REEL DIALOGUE: How do you remain humble while living in the public eye?

There are many films and books written on the rise and fall of stars from many fields. They allow audiences to see the human experiences of these individuals who spend various lengths of time in the public eye. The interest from the general populace can stem from placing these individuals on a pedestal throughout their careers, but then seeing the human side of life after fame.

To a lesser degree, we all experience this as we progress through life. Success can come from the arts, academics, business, or other endeavours, but how do we deal with the lower points in life?

Humble yourselves before the Lord, and he will exalt you. James 4:10

The issue comes down to where we place our worth and identity. Suppose you put your trust in the accolades of others and in achieving goals. In that case, this will lead to eventual disappointment and depression. As seen in the words of James, the solution is to find worth in the Lord. If all you do is done for the Lord’s honour, regardless of how mankind responds to it, you will be encouraged by God. Even though the good and bad times will come, the Lord’s support will be the constant that can sustain you. 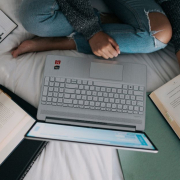 Do You Interrupt Your Child’s Study to Ask How It’s Going? Try This Instead

‘Self-Care is Vital in the Unrelenting News Cycle’

3 Tips for Dealing with Disillusionment

How COVID-19 Is Impacting the Future of Work and Learning

Five Simple Ways to Inject Gratitude into Your Daily Schedule

Hiring Gen Z? Here’s What You Need to Know

“The Law Shouldn’t Protect Us From Having Our Views Challenged”,...
Scroll to top