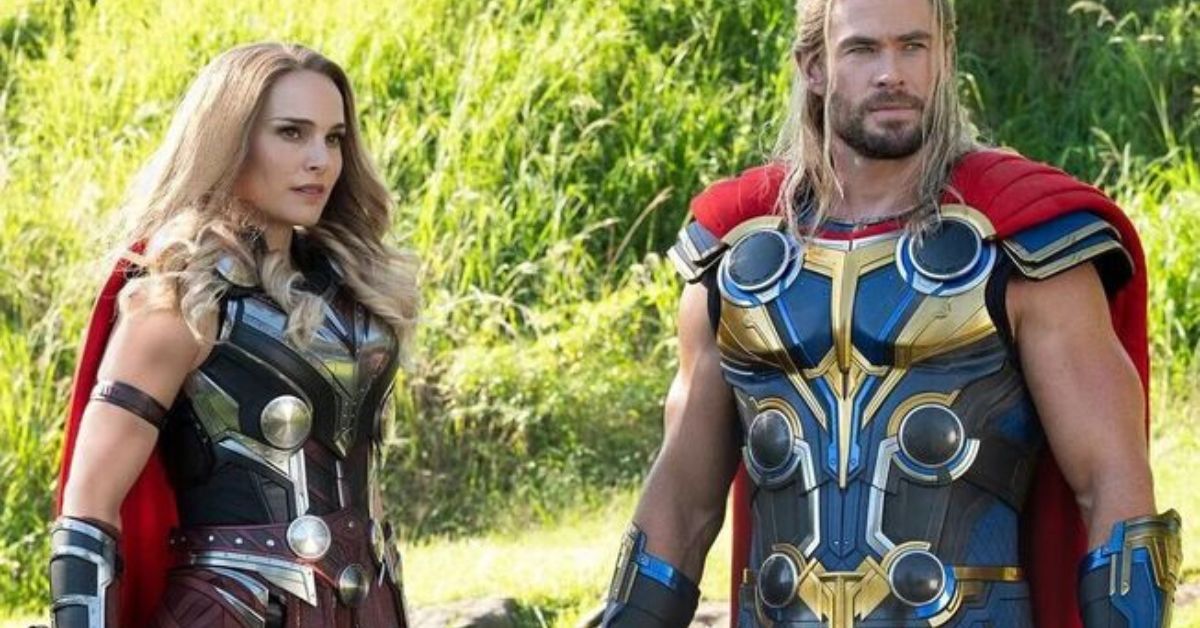 By: Russ Matthews at Reel Dialogue

Since Avengers: Endgame, Kevin Feige and the team at Marvel have been trying to determine the next phase of the Cinematic Universe.

COVID has caused some disruption, but the real struggle is to replace the charismatic Tony Stark and Steve Rogers as the leaders of this superhero mob. Excluding the Sony partnership of Spider-man, there have been a few possibilities on Disney+. In contrast, the cinematic adventures from Marvel have proven to be tricky. Eternals was a debacle and Doctor Strange was a horror film dressed up as a Marvel tale. This leaves us with Thor (Chris Hemsworth) to have his time as the possible answer to this superhuman quandary.

After the unexpected worldwide hit of Thor: Ragnarok, it is no surprise that Feige & Co would bring back Taika Waititi to direct the god of thunder’s newest chapter. As the latest Guardians of the Galaxy member, Thor has been travelling the universe defending the oppressed. The Asgardian has been wrestling with his mid-life crisis and does all he can to get back into fighting form. Eventually, he and Korg (Waititi) decide that it is time to return to the New Asgard. This Viking community has been ruled over by Valkyrie (Tessa Thompson) and has become a tourist destination.

Upon the pair’s arrival to the recently established community, two revelations taint his homecoming. The first is that his long-lost love, Jane Foster (Natalie Portman), has returned and been appointed as the Mighty Thor since she could wield Mjolnir. Along with reintroducing himself to his former girlfriend, the most significant situation centres on the arrival of Gorr the God Butcher (Christian Bale), who desires to kill Thor and all the other gods of the universe. All these elements lead to an interplanetary battle that will push the Son of Odin to the limits of love and living.

Over the past decade, Taika Waititi has proven himself as a cinematic force with the brilliant The Hunt for the Wilderpeople, his Academy Award-winning turn in Jojo Rabbit, and his unique spin on Thor with Ragnarok. As his reputation has grown, the expectation for each project to be a hit has to bear unimaginable weight.

“Since this is meant to be Thor going through a midlife crisis, it can be understandable why he would be suffering from an identity struggle…”

Thankfully with Thor: Love and Thunder, this burden has been lifted since it has to be one of the worst films within the MCU, which is saying quite a bit since Eternals. He has managed to take one of the most powerful Avengers and make him into a laughable buffoon. With Hemsworth’s assistance, they have managed to add so many elements into this contrived and humourless screenplay. This makes it impossible to determine what is going on and who to cheer for in the end.

Since this is meant to be Thor going through a midlife crisis, it can be understandable why he would be suffering from an identity struggle. Yet, the problem for every character in this film is that they work hard to determine their purpose and most fail to find the answer within this convoluted story arc.

Most actors have been along for this ride before and willingly came back for this latest instalment, except for Christian Bale. Sadly, he is wasted in this villainous role with the potential to be a great adversary for the Avengers. Still, his role has to be one of the most confusing. Not to spoil things, but most of the time, there is an underlying desire for him to achieve his mission and put us all out of our misery.

Marvel may have hoped that lightning would strike again with Thor: Love and Thunder, but all they found was a storm in a teacup. This film project made Morbius and the 1980s Flash Gordon seem inspired. Forgettable, messy and humourless.

Reel Dialogue: Is there a God?

With Gorr the god butcher as a villain, it goes without saying that this film is filled with multiple discussion points for conversations about God. Does He exist, do many roads lead to one God, and are we able to kill God?

Fortunately, the Bible does give us the answers to these questions and more. After seeing the comic book adventure, it might be worth picking up a copy of the Bible and searching for the answers to the questions that get left unanswered in the film. There is no need to leave this film feeling confused. There is only one God to consider. Have you taken the time to ask who he is?

The Tides of Time 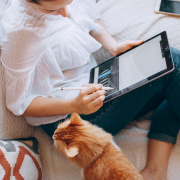 WFH? How to Make it Work (From Home)

How to Trust Your Motherly Intuition

Both Met Their Future Spouses In a Dream. One Got Married, One Didn’t...

How Not to Slip up in Life
Scroll to top