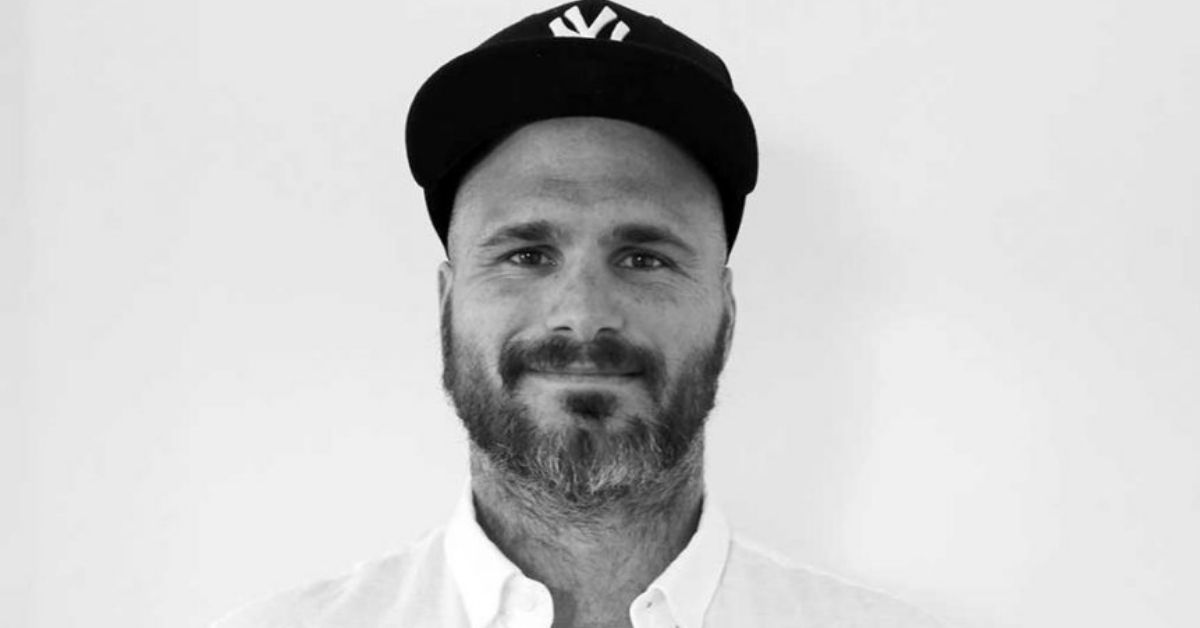 As well as releasing 2 new singles in 2020 (including one written for the Karl Faase series Jesus the Game Changer), Sydney singer songwriter Greg Attwells also runs an organisation called Creatable Tech that empowers women to be equipped in the area of technology. In this interview we heard how this venture was inspired by a powerful encounter by the shores of Galilee.

Run us through what’s been happening in the world of Greg Attwells.

For me, the songwriting thing is a bit of a side hustle. It’s not my main job or anything like that. It’s sort of my passion project. It’s good in the sense that there’s no expectation on it to pay the bills or for it to be my main thing. So for me, I release music when I write it. If I write a song that I’m into that I feel like is worth sharing, I record it and share it. But I’m not necessarily trying to release something every six months or anything like that. It’s just when it naturally happens, I put it out there.

I actually run a creative technology education programme for girls. Tech is obviously a real male-dominated sector. Only 16 percent of technology-qualified people are female. So at the moment we’re leaving half of the human race behind when it comes to equipping them with the technological literacy and confidence that they’re going to need to really thrive in the future of work. I started this programme four years ago. I’ve been leading it ever since. And it’s just kind of blown up in a really good way. So that’s what I do with my nine to five, run this company called Creatable. We work in schools all across the country and beyond. We’re doing some really cool stuff with UNICEF now in the developing world and all of that.

Is this a faith inspired thing where you’ve seen a need and you’re trying to meet it? Where did that kind of come from?

A really good question. I don’t share this story too often just because it’s fairly personal. But in 2015, I went to Israel on a study trip and we’re at this place called Magdala, which is by the Sea of Galilee. It’s the town where Mary Magdalene was from. And it was just a stop on one of the many places that we were visiting that was kind of like the ruins of a synagogue there. It was just a pretty offbeat little town. But there was this little Catholic chapel by the Sea of Galilee. And the name of it was Duc in Altum, which is Latin for “launch out into the deep” which is from that parable where Jesus tells his disciples to launch their nets further out into the deep, because that was kind of where that story happened.

I remember as I walked into this little Catholic chapel by the Sea of Galilee, I had a really profound experience as I walked through the door. I instantly felt sort of tingles all over my body, really intensely. And I got really emotional. I started tearing up and I’m like, what’s going on? Something profoundly, kind of spiritually, experientially was kind of happening to me. I don’t usually have these kinds of experiences, so I don’t want to be that ‘super spirit guy’. Like, this was a pretty one-off thing for me, but I had this really tangible encounter and I got really emotional.

The guide started to explain that we were standing in the women’s atrium of this little chapel and there were all these pillars around the atrium with the word for female disciple. The twelve disciples were all dudes, but there were lots of women in the 72, in the wider entourage. Joanna, Suzanna, Peter’s mother in law, Mary Magdalene, there was a whole host of women that were part of his entourage. And so their names were all inscribed on these pillars, and then the guide stops and there was this empty pillar there and he turns to all the women in the group and he said, “You know, when they constructed this atrium, they left this pillar blank because that’s where your name belongs”.

And I’m like in the corner, crying. You know, it was really emotional. And I felt from that moment, I guess I sort of glimpsed God’s heart to equip, empower and release women as leaders. I’d always sort of got it up here in my head. But I don’t know, I glimpsed his heart in some sort of profound spiritual way in that moment.

Let’s talk about now one of the new songs that you released last year. It is called To the Ends of the Earth. This is probably a very different song to a lot of other songs, in that you were actually commissioned to write this for the Jesus the Game Changer series. Tell us about that.

This is the first, I guess you could say, commissioned work that I’ve ever done. Karl Faase and the crew at Jesus the Game Changer were doing another series of films around this whole theme of ‘To the Ends of the Earth’, which was all about the mission of God in the world, and reactivating that in the church, like that sort of evangelistic drive and impulse, which has, I guess you could argue, been somewhat diminished in a post-Christian world. And so they wanted me to write a song that captured the heart and theme of that, that was being explored in the films. And so, yeah, that’s all they gave me was this ‘To the Ends of the Earth’ and sort of said, “See what you can come up with”.

It’s really good. I went away and instantly got this picture of the fact that the biblical narrative begins in a garden with a tree and ends with that same tree. And the gardens now become a city that includes every tribe and nation and tongue. And so you’ve kind of got this tree in this garden, the beginning, and you’ve got this garden tree city at the end that’s grown in its ability to include people in it. I just wanted to explore what happened between those two gardens, those two trees. The lyrics sort of say, “it all begins with heaven’s hope and a garden, beautiful and free. And then, your healing runs into the world like a river. Searching for the seed, this garden grows inside of me”.

I’m not going to go through and explain all the lyrics to the song, but I guess I just wanted to poetically reveal the heart of God in including every single body in this kingdom that is sweeping the world, but also at the same time authentically express a heart after God that says, call me wherever your heart wants to go. There’s life, wherever the river flows, like if it matters to you, it matters to me. Call me wherever you want me to go.

A big thanks to Greg for taking the time to chat with us. We pray that God continues to bless you and your work with Creatable Tech and your music.

Article supplied with thanks to Rhema 99.7.

We Don’t Bow to Zeus Anymore, But We’re No Less Religious

The Secret to a Full Life

How Secure is Your Home Internet?
Scroll to top