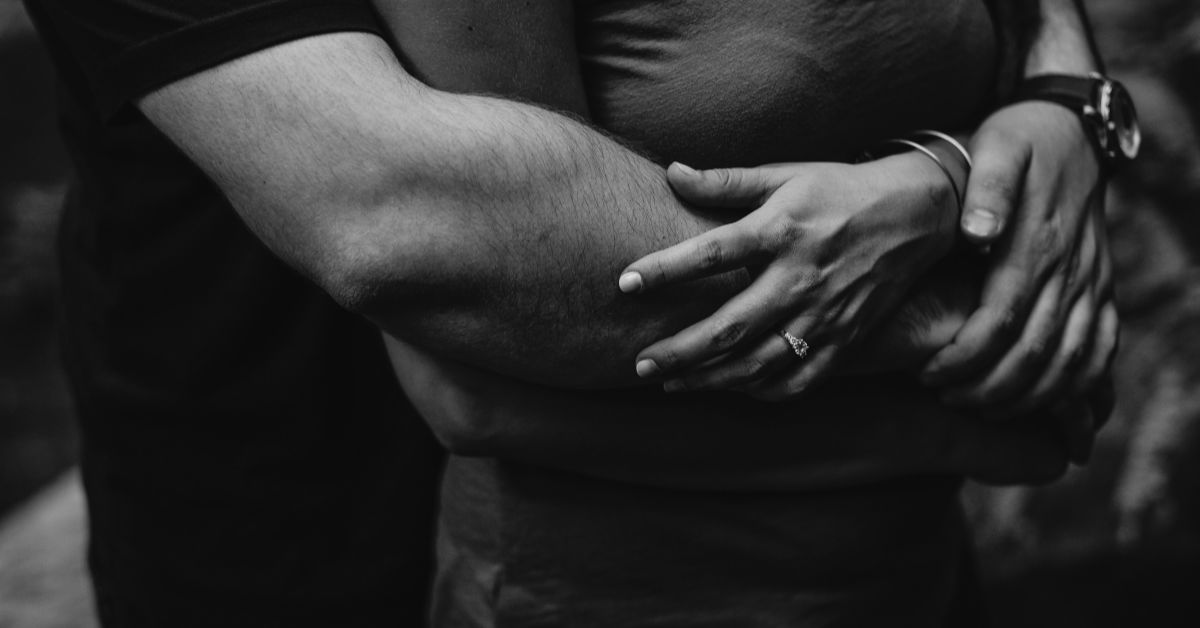 People with broken dreams like involuntary childlessness hunger for hope and deep community. And there is much still to do to help them find it.

I’ve just returned from two trips abroad which required preparing 10 short video scripts and four keynote messages in a very short time frame which, along with life’s regular commitments, made for some long days.

My return home has coincided with Fertility Week here in the UK, an important initiative raising awareness of infertility and childlessness. With significant support from the BBC, I’ve been on-air a bit talking about Merryn’s and my experience. Our story might already be known to you. If not, below you’ll get to read about a key moment in Merryn’s and my moving on.

It’s been eight years since Merryn and I started life as a childless couple, six years since our story was first told in Resurrection Year, with many people from all walks of life encountered since, and even a few newspaper shoots done (like above). Here’s what I know:

People with broken dreams like involuntary childlessness hunger for hope and deep community.

And there is much still to do to help them find it.

Let’s begin with this brief-but-full conversation I did with Dr Dawn Llewellyn of Chester University on BBC Radio 4’s Sunday program (starts 7 minutes in). While Merryn’s and my experience as a childless couple in church has been largely positive, Dawn’s research suggests this can be a rare experience:

Listeners made these comments afterwards:

Our experience is that the church doesn’t know what to do with childless couples. With such a strong emphasis on raising a Christian family, the expectation for a childless couple seems to be: a) if you can’t have kids you should adopt, or b) if you don’t want to have children there’s something wrong with you. —Kristie

After being part of a church that felt like an extended family, a regional move to another left me excluded because my husband didn’t attend church with me and because women weren’t encouraged to do anything more than teach Sunday School. It’s been a hard, lonely journey. —Ilka

We can do better here, friends. Let’s try developing:

Because People Need a New Beginning

Let me take you now to another radio moment, this time on BBC Radio 2, where I got to share a key moment that helped Merryn and me walk forward as a childless couple. Here’s what listeners said afterwards:

Just WOW. That was super powerful…

We need to hear more stories of people surviving like this. A new beginning is out there…

This brought me to tears…

See how people hunger for hope?

Here’s what I shared:

There’s No Moving On Without This

Imagine for a moment a car parked in a suburban street with its doors open and two women standing by. The car is packed full of baby stuff—a pram, a stroller, a highchair, a playpen, with bags of toys and clothes filling the spaces in between.

One of those women is my wife, Merryn. The other is my sister-in-law, Kristy, who runs a hand over her baby bump, gives Merryn a hug, then gets into the car. Seconds later she’s driven all that baby stuff away—stuff it took Merryn and me a decade to accumulate.

Christmas 2010 had been shaping up like no other for Merryn and me. Having spent ten years trying to start a family through IVF, special diets, a three-year wait on the Australian adoption list, and more—we’d been told we were pregnant. Finally we were having a child! Then on Christmas Eve Merryn got a call from the clinic. She listened, hung up, then curled into a foetal position. It had been a false-positive. With that, our dream of having a baby ended.

We were left with so many questions. Why do negligent people get kids while good people don’t? Why had God seemingly ignored our prayers? Eight years on, some of those questions remain. But our story has also moved on.

Because what we didn’t know then was that Merryn and I would soon leave Australia for a new adventure here. Merryn would get a dream job in Oxford. I would get to write about our experience. We would see our marriage strengthened, new friendships formed, and an unexpected vocation begin helping others start again from their own broken dreams. Purpose would emerge from our pain. We’d see God use our experience to bring hope to others.

Surprisingly, Merryn wasn’t sad watching Kristy drive that baby stuff away. She felt relief. Because there’d be no moving on without grieving, and no grieving without relinquishing the symbols of our loss. Letting go of the pram, highchair and baby clothes was the beginning of us starting again.

Secretly, quietly, many couples struggling to conceive fear their lives will be meaningless if they don’t. What Merryn and I discovered was that when the loss is properly grieved, and then placed in the hands of God, even a broken dream like this can instead become a new beginning.

Article supplied with thanks to Sheridan Voysey.

About the Author: Sheridan Voysey is a writer, speaker and broadcaster on faith and spirituality. His books include Resilient, Resurrection Year, and Unseen Footprints. Get his FREE eBook Five Practices for a Resilient Life here.

Why Sweet Revenge Is Actually Bitter

An Eternal Perspective On Money

Free Bible for Babies Born in 2021

Would Your Business Values Pass the Test?