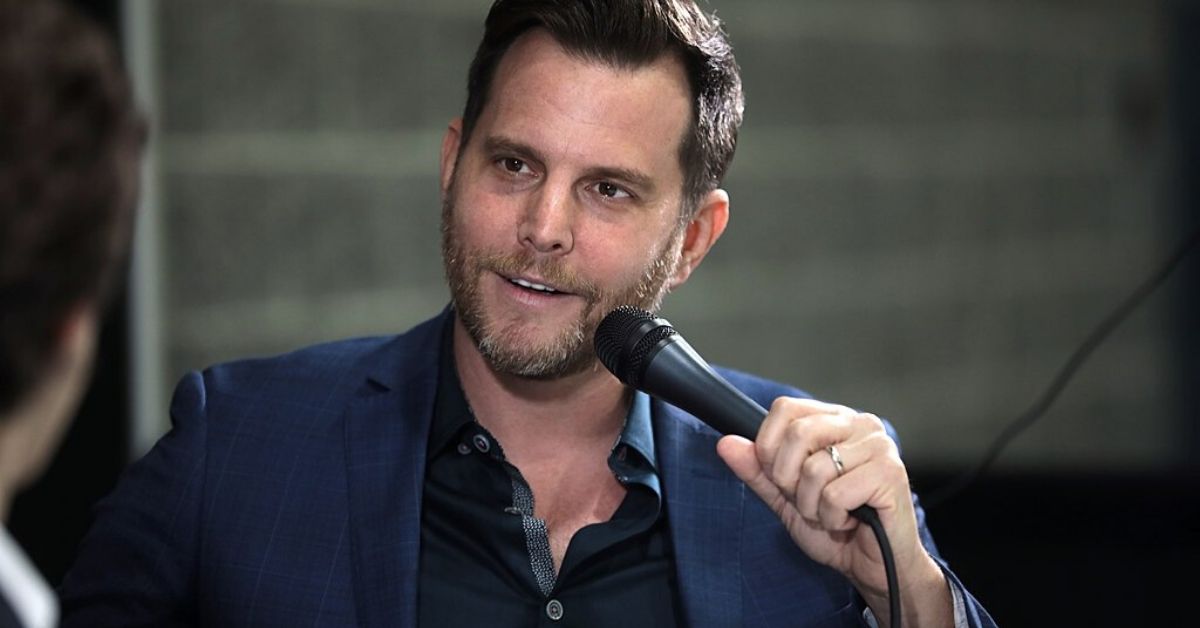 Dave Rubin is a rising star in the online world.

He regularly sits down with various public intellectuals to debate culture, politics and – with increasing frequency – religion. His YouTube channel The Rubin Report has more than 1 million subscribers.

A gay man from a non-practicing Jewish background, Rubin went to Israel’s holy sites in his late teens ‘in search of a religious experience’. However, he writes in his new book, ‘Don’t Burn This Book – Thinking for yourself in an age of unreason’ , this ‘life affirming [religious] moment remained elusive.’ [1]

That was, until he met Canadian psychologist and worldwide phenomenon Jordan Peterson.

Rubin had interviewed Peterson on his show, and ended up touring with Peterson for a year on his global ’12 Rules for Life Tour’ (which also brought them to Australia). During this tour, Peterson shared his views on religion, including the necessity of various Judeo-Christian beliefs for a functioning society.

As Rubin goes on to explain:

[Peterson] convinced me that societies run better when they operate under a belief system that stems from timeless age-old biblical truths’. [2]

[Peterson] doesn’t…want people to be religious, per se…He simply wants people to take their moral codes from an objective reality outside of themselves.’ [3]

When Rubin first heard Peterson making these claims, he was sceptical:

Like Steven Pinker and [New Atheist] Sam Harris, I leaned toward the idea that human beings can conceive similar ideas without the need for religious aspect. Old stories were just that—old stories—and surely they could be replaced with newer, better ones that were more relevant to our modern world. If we as a species had progressed, then surely our stories had to progress along with us.’ [4]

But as he heard more from Peterson – including a live debate between Peterson and Sam Harris – Rubin ‘gradually found Jordan’s argument to be more coherent’. [5]

(Evidently many other non-Christians are latching onto Peterson’s argument. His Biblical lectures series on youtube have been watched millions of times).

Cutting The Branch The West Is Sitting On

Rubin has become convinced that although society has progressed, ‘we have regressed in defense of what got us here in the first place.’ He argues:

Yes, enlightenment values are objectively good, but that’s not enough. The ideas of reason, individual liberty, and a representative government have to come from somewhere beyond just the human mind. For if they come from us, they can be taken away by us. They must be built upon a foundation that is unchangeable and unalterable by the whims of man.’ [6]

If ideas that both secular and Christian people cherish – like liberty and human rights – are merely made up, then on what basis can we condemn people who commit atrocities?

‘A Strange Place to Argue From’

It’s worth noting that his new view on the importance of religion for society is something Rubin has come to reluctantly:

Speaking as a person who isn’t particularly religious, this is a strange place for me to argue from, but it is one I see no way around…the concepts expressed throughout the eternal stories that religion has brought us have proved fundamental to our beliefs and freedoms even if we don’t want them to be.’ [7]

Rubin’s intellectual honesty is refreshing. And yet, he’s not the only one making this claim. French Atheist philosopher Luc Ferry said something similar, when he wrote:

Christianity was to introduce the notion that humanity was fundamentally identical, that men were equal in dignity – an unprecedented idea at the time, and one to which our world owes its entire democratic inheritance.

It’s Not About Individual Beliefs, But Societal Norms

Rubin isn’t concerned so much about whether or not individuals adopt these religious norms. Instead, he believes a flourishing society has to hold to these truths in some measure:

Individuals can be godless and still be good. Some of my best friends are atheists!…[But] this is about how humanity can flourish over time and withstand the human forces that would see us enslave, impoverish, and enforce our own values over someone else’s. The only antidote for that is a truth outside of us. [8]

I see no way around it, as much as my enlightenment brain would like to. The eternal truths told for thousands of years through biblical stories are the rudder that keeps us [as a western society] moving forward during the storm.’ [9]

Led By His Intellect

In terms of his religious journey, Rubin says ‘my personal religious awakening remains a work in progress’. He’s yet to have any sort of overtly spiritual awakening. Rather it’s his ‘intellect that led me to believe in something beyond me.’ [10]

Dave Rubin’s show, and his book, is refreshing in so many ways. He’s not afraid to challenge dearly held secular narratives. He’s open to hearing other people’s arguments – even arguments that question his closely held beliefs. And he’s open to changing his mind. He’s done so politically – moving from the progressive Left to a more Libertarian position.

And, at least in some small measure, he’s open to changing his mind religiously.

Christians can be encouraged by Rubin’s turning to the Bible. While he isn’t (yet!) a Christian, it’s refreshing to hear a secular influencer value the contribution the Bible has made – and continues to make – to western society.

The Storms We Make For Ourselves

The True Story of a Fearless Woman Whose Work Has Saved Thousands of Lives: Saint Judy [Movie Review] 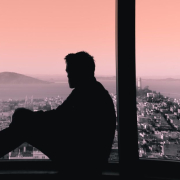 When Faith is a Quest

How to Teach Your Children Empathy – and Why It Matters