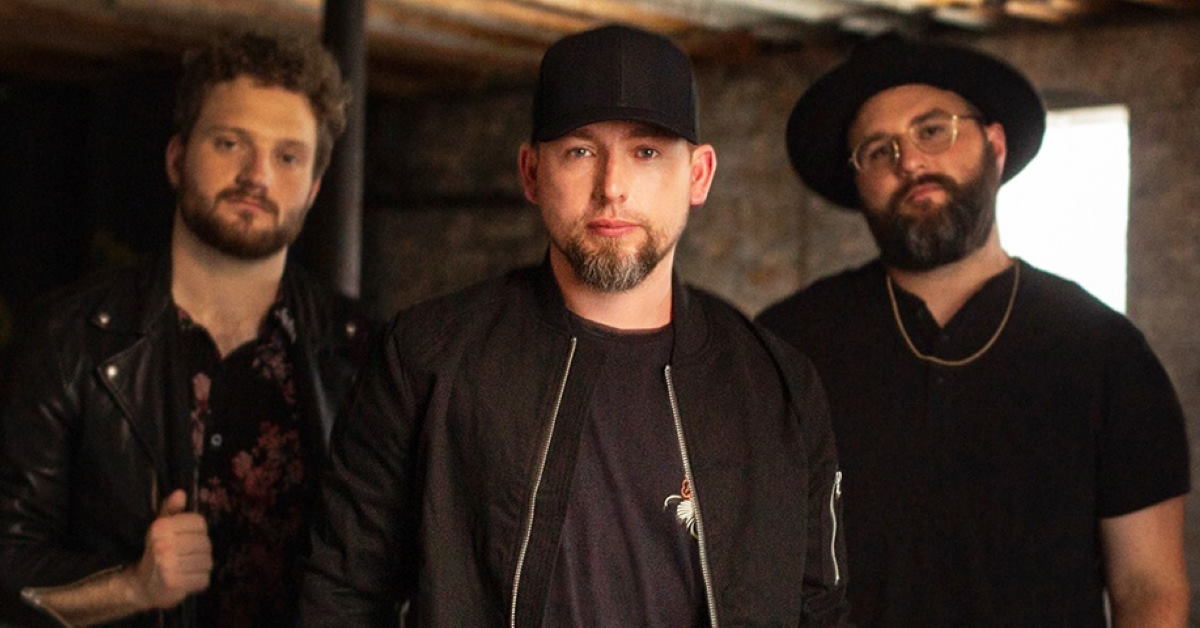 Truth in music is often hard-won. We Are Messengers can only write and sing such uplifting, anthemic, spiritual songs, full of declarations about sin, forgiveness, and mental health—because they’ve each wrestled with these things.

In his early years as a young teen in Ireland, lead singer Darren Mulligan says he went through a season of “morose sadness”. Life became bleak, and he started on a path of drunkenness and isolation. On a night out in Galway he met his now wife Heidi, who through her own tragedy and grief, found faith – and eventually became the catalyst for Darren to follow Jesus too.

It’s a time that feels long ago now, but one that Darren says still informs his music and his passion to see people win the fight against what tempts them. They’re themes he delves into on their new album, Power.

“Sometimes I look at my life and I feel like that person, he is some kind of stranger,” said Darren. “Like a man that I heard about but it wasn’t really me, and then all of a sudden in the present, your past can come to haunt you.

“That’s a hard thing to discuss, that even as a Christian, we still wrestle daily with our own flesh; we wrestle daily with the mess of our humanity and the mistakes that we’ve made. But God continues to prove Himself gracious, and merciful and kind, and I hope that we learn to treat each other with the same grace and mercy that we’ve received ourselves.”

Taking the Stigma Out of Mental Struggles

Fans have embraced Daren’s honesty with the single Maybe it’s Ok, and its message about destigmatising mental health issues becoming the bands highest charting song yet.

Darren said, “I’ve never been diagnosed with depression, but I’ve suffered long periods of isolation and sadness in my life, and I’ve really come out of that period of my life and seen the goodness of God.

“I really wanted to write [Maybe it’s Ok] to take the stigma away from [those issues]. Especially in the church, because so often someone comes and says, ‘I’m struggling with suicidal ideation’, and we say, ‘well you need to pray more and read more’, and really that’s not what they need; they just need someone to put their arms around them and say, ‘I love you and I’m going to stay with you until this is all good; I’m going to find you the medical help you need, the counselling you need, and we’re going to go and we’re going to worship the Lord together’.”

Afforded a new level of creative control on their album Power, Darren’s used the opportunity to encourage other artists to be sincere with their words, and remind fans of his and his bandmates’ fallibility.

“A lot of your ‘Christian personalities’, or whatever you want to call them, I think people need to remember that we’re still really messed up,” said Darren. “I don’t struggle any less with sin now than when I wasn’t a believer, it’s just now I tend to fall on the grace and mercy of God, or I tend to listen to Holy Spirit before I do something stupid.

“That’s not to say I don’t mess up – ’cause I really do, [but] we need to stop holding people to these perfect standards because there’s no-one good, and no-one perfect…

“Last summer I realised there are many people in my life that I’ve hurt, or taken for granted, or offended. I wrote a list of around 30 people… and called them one by one to apologise…”

“It can be really difficult as a Christian, and especially one with some kind of ‘notoriety’ to actually just tell the truth about yourself; because [Christians] should be the most forgiving, kind, tender, wonderful people, but we tend to crucify people for things when Christ’s already been crucified for those things.”

When we do mess up though, Darren acknowledges relationships can be broken and that we need to make amends for our mistakes – which the latest single ‘Love’ taps into.

“Love came out of a defining moment in the last few years for me,” Darren said, “which was last summer when I realised there are many people in my life that I’ve hurt, or taken for granted, or offended. I wrote a list of around 30 people… and I called them one by one [to apologise], and I wouldn’t let them leave until they’d forgiven me.

“… that forgiveness just brought about an incredible period of joy in our lives… and this contentment that’s led to a lot of the songs on [Power] being joyful, but also defiant in standing up to culture and saying [bitterness and hurt] doesn’t have to be the narrative.

“We don’t have to sit idly by while the world falls apart. We’re called to more than that.”

The title track is one the band hopes will inspire listeners to embrace that cultural defiance.

“We can think sometimes that power is about being oppressive and exerting your will on people,” said Darren, “but the power of God is the submission of Jesus to a cross that shouldn’t have had to have happened; it’s Him submitting His will to the Father’s so that we could live.

“I want that to be the story of our lives: that we didn’t seek power in money or fame or wealth, but that we sought power by submitting ourselves, so that those around us could live.”

When Should We Use Our Power to Choose? – ‘Blackbird’ Discusses Euthanasia

Autism Celebrated, Those Struggling with Alcohol and Addiction Embraced in ‘The Chosen’

Parties and Alcohol – Do Parents Have Any Influence on Teens?

The Future of Work Will Be Hybrid

What Happens When I Die?