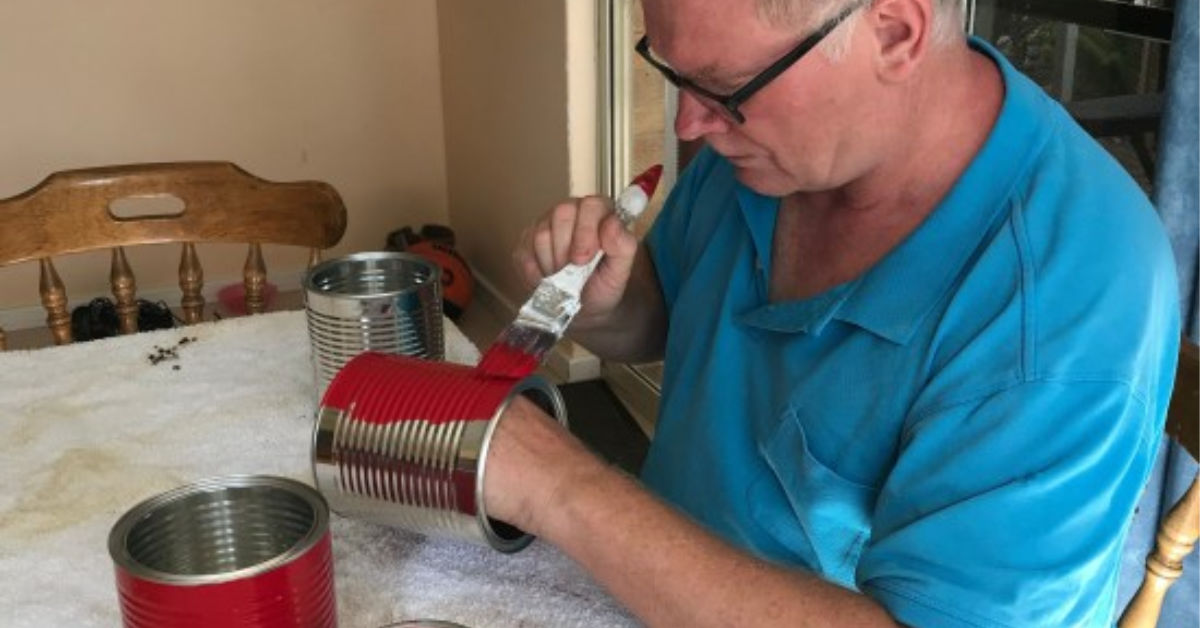 Yet here’s Don Warner of Byford Baptist Church, an ordinary congregation of 140 ordinary people in an ordinary suburb in Perth’s ordinary semi-rural fringe, painting coffee tins for the local people, who have started attending so they can pop outside for a quick smoke during the service.  And no, it’s not cigars, and they’re not hipsters.  And not an inner city cafe in sight.

Byford is seeing a real work of God in the area, and as Don says, “It’s not rocket science, it’s loving people.”

And the people of Byford need love.  It’s a hard scrabble area.  Don, a local businessman, who is one of those amazing capital “E” evangelists we all know, helped establish the Byford Free Food Market in the church when the boom and bust that is mining town Perth hit yet another bust.

For those on good mining money, a bust means a less expensive restaurant at the end of the week.  But for those who have had to endure a booming city in which they were already priced out of the market, a bust can mean living in your car on the edge of the city, wondering where the next meal is coming from, and how to buy baby food for your one year old.

From their experience of helping with community events such as Australia Day and Anzac Day and running a CAP Debt Centre Don was already convinced that when the church serves people outside its walls, good things happen.

But even he was astounded at the Spirit’s work in people’s lives as they opened the doors on the Free Food Market.  Time and time again as we talked, Don spoke of how those who wouldn’t touch church or Jesus with a bargepole, have been touched by Jesus – and the church – with love, compassion and service. The words that are heard nearly every week “I never knew church was like this.”  Don says:

“One family, who had been local drug dealers, ended up in church, and during the first song on their first day there, they took a selfie and put it on Facebook.  By the third song they had thirty messages from friends, most of them with just three letters: “WTF?!”

For Byford Baptist the food market and the church go hand in hand.  Don said the church wasn’t interested in setting up a parallel ministry where the Christians were hermetically sealed off from the rest of the community.

That’s why when they established the Food Market the rule was that it would be run by a mix of church people, general volunteers from the community, and any clients who want to help as well.  It’s as they did this together with those who didn’t know Jesus yet, that transformations started to take place (in the non-Christians AND the Christians).

Now each Thursday people line up hours before the market even opens, and sit and talk and pray and cry over coffee, donuts, and enjoy a lunch time sausage sizzle for anyone who wants to be there.

Don boasts that they are the most “inefficient food distribution centre around.”  Why is he proud of that self-appointed title?:

“I did the rounds of other food centres.  Most try to get people in and out as quick as possible like a production line.  We wanted to do the opposite.  We’re here to listen to stories, to hug people and pray with them, to find ways to love them.  The two ways to build relationships with people are to work alongside them and to serve them.”

For Don, that’s why it’s been crucial to get church folk and non-church folk together.  And its changed those in church too.  There’s an excitement at what God is doing, a love for others, and a sense of serving people that wouldn’t have been there without the food market.  Don reckons the spin-off is that God’s people have come alive, their faith strengthened as they get involved.

Don tears up a dozen times during our conversation, just amazed at what God is doing.  But he’s got a warning:  It’s not a social media opportunity:

“This isn’t for Instagram.  It gets messy.  And you won’t be able to keep helping as a church if it’s just out of duty.  You have to love people, and only the love that Jesus gives us can make us do that.  Our most faithful helpers are often our most broken people.”

Don says it hasn’t really changed the way we run our church services. They recently did a series on Romans, for example.  They still sing and do communion and pray.  But it has changed how they explain things to local people who turn up.  It has changed how they ensure that people are not left behind in the discipleship process.  And even if they don’t become Christian, they’re still welcome.

There’s the pregnant young woman who turned up at the food market and asked if the church would christen her daughter when she is born.  Don explained to her that they didn’t do christening, but they did do dedications, because that was part of what they did as a church family  And then added: “If you don’t have a family, why not come and join us.  We can be family for you and dedicate your daughter to God among us.”  She’s now regularly attending church.

Byford Baptist folk are just ordinary folk, but there’s been a transformation in their understanding of God’s presence among them, empowering them, and changing people’s hearts and lives. Here’s Don again:

“We all know the Great Commission to go and make disciples of all nations, but it’s the “I am with you to the end of the age” part that we sometimes forget. When things get tough our people realise that Jesus is always with them as we serve and share the gospel message, it just makes them more confident.”

For Don it’s walking alongside people that makes the difference.  Actually walking alongside them.  When the food distribution starts and people are served, someone from the church walks along with them, asking them what they might need and helping them find things.

“Halfway down an aisle the trolley often stops and the tears start to flow. When people experience someone serving them, and encouraging them, it makes a huge difference.  Sometimes the whole queue is held up as we pray next to the capsicums.” 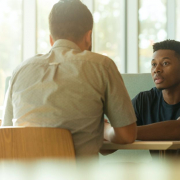 Will You Take the Challenge to Have 5 Spiritual Conversations This Month?

He Is Close to the Broken Hearted

Is Going to Church Really Necessary?

The Haunting Questions Of “The Tattooist Of Auschwitz”
Scroll to top