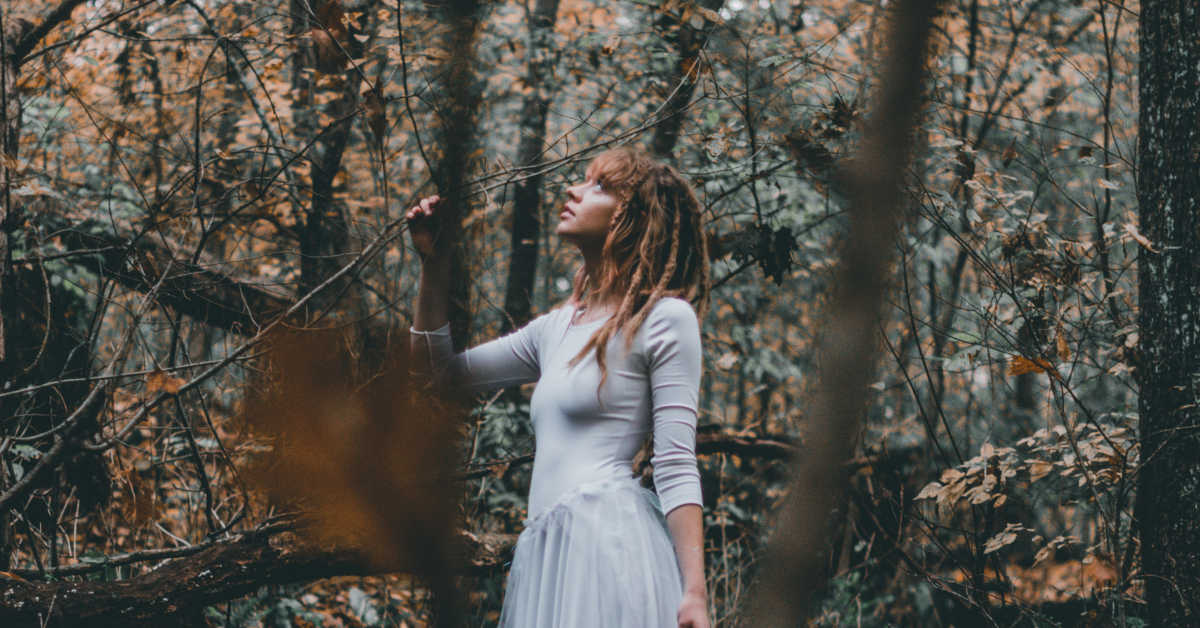 Who doesn’t love a little creative writing? I haven’t written this way in a while so it came as a bit of a surprise when I sat down to process something that had resurfaced in my life and this is what flowed.  May its ambiguity and symbolism connect with your own story, those moments where something you thought was well and truly dead, resurfaces and you are paralysed by the loaded question of “one step forward or one step back?”

She wasn’t quite sure how she had ended up at the beginning of this path again, although she had known of its existence. The way it had been forged over the years. Always in her peripheral. Always present. She felt its presence even when she was miles away from it, wandering down a completely unrelated path.

But this path had a magnetic pull. She could be on the other side of the forest and somehow this path would appear in her mind, like a small flame flickering and waving in the dark, calling to her, reminding her it was still there. Still present. Still around.

She had walked it only once before. But it was enough to send her fleeing in any direction that did not lead back to this path.

The journey had started out so sweet, so innocent. The path was fresh, somewhat untouched and as she placed one foot in front of the other, she felt the beckoning of adventure, of a great journey.

A little way down the path, it opened into the most beautiful clearing. It was filled with hope and possibility. The colours of what she believed to be answered prayer were so bright and vibrant, the joy it brought her was indescribable. In this clearing, in this moment, she closed her eyes and took a deep breath in. She wasn’t sure if it was the sensory overload or something more but in the space of a second a premonition-like image burst into her minds eye. She saw the rest of the path, the rest of the journey before her. The beauty of it took her breath away. It looked adventurous. It looked exciting. It looked as though the path was specifically made for her. It called to her, beckoning she take the step.

Her eyes snapped open and immediately rested on the path ahead. This road, she thought, is going to be the best one yet.

So, one foot went in front of the other as she strode with clear intention toward the path that continued on, the clearing now behind her.

Past the clearing the path was even more explosive with colour and light than what she had perceived in her mind. As she took step after step, her sense of purpose grew stronger and stronger. She truly believed she was on the right path and walked it as such, mesmerised by the path’s breathtaking beauty. It seemed to fit her well, this path, each twist and turn more exciting and deeply satisfying than the last, she felt consumed by the journey she was on.

And then a small, insignificant root tripped her footing ever so slightly. Steadying herself, she stopped to look at the little root that had caused her to stumble. It was so small that she was sure she was the only person to have ever tripped on it. She glanced back towards the direction of the clearing. Whilst it was no longer in full view, the vibrancy of light and colour was still tangible. She could still see snippets of it through the trees and the sight of it reminded her of the vision she saw. Forgetting about the root, she turned towards the path again, determination and excitement coursing through her veins. And off she set again, eager to follow the path.

Every now and again she would glance back in the direction of the clearing, it’s presence constantly with her. She wasn’t worried the experience of the clearing would leave her, but every time she glanced back, the vision of what laid ahead filled her mind’s eye and gave her the confidence to keep going.

Another root had caught her foot. A bigger one this time. And she had stubbed her toe as well. A little annoyed at the tripping, she resolved to not let it stop her and keep pressing on. Just another quick glance in the direction of the clearing and she felt the confidence to keep going return.

At first the twists and turns of the path seemed normal and made the journey interesting and exciting. At times she wouldn’t even notice that she had turned a corner, so beautiful were her surroundings, so comfortable and safe in the purpose she felt called to.

But the roots…they started to appear more consistently. The once smooth path was slowly morphing into bumps and dips and holes and hills. She still felt confident that there was more beauty to be found in this path, even if things were beginning to get a bit rough, so with greater determination in mind, she continued. But it was starting to get darker, a slight chill entered the air and she looked back again towards the clearing. It was out of full view by now, but the mark it had made on her heart remained and she held tight to its memory, as she gripped her jacket closer around her.

Pushing on, despite her surroundings becoming even more unpredictable, she set her mind to making it through the rough patch. Surely that’s what this was, right? Just a rough patch. The path will become smoother soon. At least she hoped it would.

Picking her way through the terrain that had become unsteady and unpredictable she began to worry. The path was losing its definition – is that a right hand turn? Wait, go back, maybe it was left…does it lead up over that hill or down towards that valley? Is there even a path still here?

The questions picked and pocked at her just like the branches she was now having to duck and weave around. This path did not look like she had hoped it would. The light was dimming and the air progressively colder and the confidence she once held of the clearing being close was starting to collapse.

And then she took a step, expecting to feel solid ground underfoot but instead the earth gave way and she fell.

And she fell fast.

And when her body made its sudden impact with the ground, the sound alone made her pass out, before any of the pain set in.

She woke. Broken. Bruised. Bleeding. And no idea how she had ended up here. The vision, from the clearing, it was so vibrant, so real, she had been so certain. How had this happened?

How had she ended up down here?

How had she ended up battered, so bruised?

How had she ended up so broken?

Many years had passed since she had walked the path. The hands of time had done enough turns for time to do what it does best – heal old wounds and help her forget. Not entirely. Not completely. Just enough for the aches and pains to subside. A stronger mind and body now replaced what was once there, although it had taken considerable effort and focus to replace the brokenness she had experienced.

She let the vision she had received in the clearing go, setting it aside in her mind, buried deep in a box labelled “unexplainable things”. On the odd occasion she would think about why she had gone down the path, in search of that vision, so vibrant and alive and real it had felt. But then the scars on her heart would be pressed again by the memory and the pain would come flooding back. And just as quick she would push the thought away, too painful was the truth of what had led her to that point.

She continued her exploring, her wanderings and adventuring, choosing distraction over processing and leaving that path to whoever chose to walk it. They could have it. She no longer wanted to know where it led.

And as her feet, steady and true, led her a number of different directions. She trusted her feet so much that the thought of them betraying her never entered her mind.

She rounded a corner, deeply engrossed in her surroundings, when all of sudden she stopped in her tracks.

There, before her, in all its glory, laid the clearing and the beginnings of that path just beyond its borders.

The blood ran cold in her veins.

How was it possible? How could it be?

How had she ended up at the beginning of this path again?

Just then the vision she had buried so deep in her mind, in the box labelled “unexplainable things”, burst forth in all its vibrancy once again in her minds eye. It was as beautiful as the day she had first received it. It drew her in, just like it had the first time and she felt the desire to see it in real life surge within her.

Fear gripped her heart, but it was not enough to stop her feet from inching ever closer to the path. Just a little closer wouldn’t hurt, right? Just a little peek to be sure it hadn’t changed…what if it had? …what if this time, if she walked the path, it was different? What if this time she made it to the end and got to see the vision she only held in her mind? One more step just to see if the path had changed wouldn’t hurt, would it? She could turn around and come back to clearing if the path hadn’t changed….but to truly know if it had she would have to take one more step.

Even though she knew the path and all the brokenness it held, her curiosity paralysed her.

But that vision kept playing over and over in her mind, urged on by the desire in her heart, feelings she thought that were long gone. Dead. Buried. And yet, they rose inside of her like flames of a fire. She couldn’t ignore them.

One step forward? Or one step back?

She partly wished the path would choose for her. Either reject her here or draw her along.

But then it would be the path’s decision and not her own.

One step forward? Or one step back?

Article supplied with thanks to Neri Morris.

About the Author: Neri is a speaker and mentor focused on helping you have an authentic faith life.

The Most Influential People in the World

How to Combat Conspiracy Theories
Scroll to top