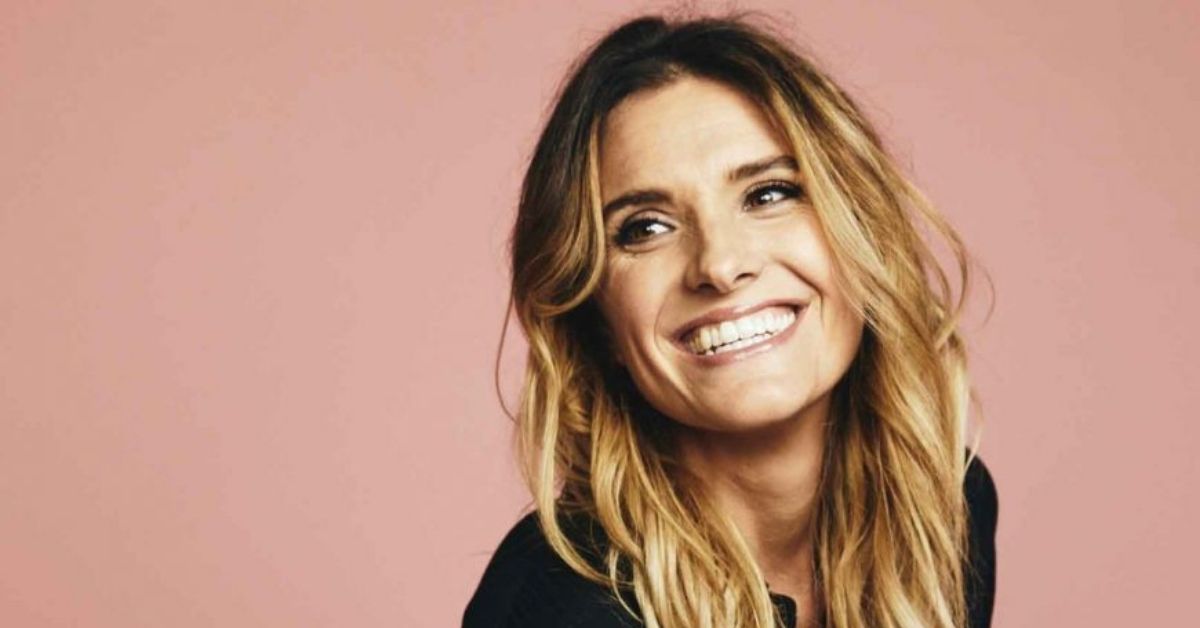 On the 25th anniversary of Rebecca St. James’s first big album ‘God’, she reflects on 25 years and lets us in on new music she’s working on now.

We’re going to take a trip down memory lane because this year marks the 25th anniversary of a pretty significant album for you called ‘God’. Can you believe it’s been 25 years since this album came out?

Absolutely not!  In my mind it cannot be that long. I mean, I was really young when it came out. I was 16, 18 when the ‘God’ album came out.. Now I mean, at the time I probably didn’t even know how young I was. Like I said, I think I probably felt older than I now know it was. But that is really young. But 25 years, like how, how has that been, you know, two decades and a half. It’s unfathomable to me. I still feel like I’m probably 25 or 30 in a way.

Were you expecting the success that this album had or, you know, what were you thinking going into this? Were you just hoping someone would listen to it?

Yeah. You know, I was young enough to just kind of go with the flow a little bit and maybe that was my Aussieness coming out. Actually, I just feel like, “OK, I’m doing this album.” We worked on that album for nine months. I was trying to give it my all and it was a lot of work. I was in the studio very heavily and we were on the road a little bit as well. But it was a joy. The album was a really fun album to make. Probably that and my Christmas album was my favourite that I’ve ever made still to this day. And I just remember it being lots of laughs and enjoying the creativity of it.

“I was meant to just kind of sing it soft… but then my producer and I just decided, ‘You know what, let’s try to sing it full voice’…and it ended up just being this like really passionate rock.”

So I think honestly Aaron I don’t think I was really thinking much about how it’s going to be received. You know, you kind of give it your all in the moment and hope obviously in some ways of the album is like a child. You’re just hoping when they go out into the world that they’ll be received and that people are like them. I think when it did hit like it did and there was just great response, it was definitely very encouraging to travel around the world. And then people knew the songs, you know, from radio or from actually listening to the album. So it was just very gratifying.

Were there any particular songs that have a very special place for you, that you just have a very fond memory of either the writing or recording?

Every song kind of has a special story, especially on this particular album. I mean, ‘God’. It’s so passionate, at one point, I was meant to just kind of sing it soft like, (singing) ‘God’ it’s like really up there. But then my producer and I just decided, you know what, let’s try to sing it full voice, let’s try to sing it out and ended up just being this like really passionate rock and hot cry. And so we really experimented with that and it was kind of edgy and different.

I feel like that almost defined your sound for a couple of years. Do you think your career might have taken a different path had you decided not to make that simple decision to go full voice?

Potentially, actually Aaron. And that’s a really good insight. ‘God’ was one of the first songs that was written for that album. I think it was ‘God’. And ‘Go and sin no more’ were very, very early on in the piece. And I do think hitting that full on place in my voice, which I had never even explored before, was pretty instrumental in how rock it ended up being. You know, I mean, I think probably some of the record label guys and my producer said to me, he’s actually working with my brothers right now on their new album and also on my new my new music. So it’s really great because it’s kind of full circle with still working with him and he’s fantastic. But I think he probably had an idea. You know, I think it would be great for Rebecca to play in some of the rock shake thing and to go for it. But I think it surprised us both when that ended up working, you know, when we kind of reached for those intense, passionate moments vocally and it actually landed.

It sounds like for you, it was less about performing so much as it was an opportunity to minister. How did you find that balance between being a performing artist and ministering to people?

I was still, you know, so young and just I don’t know, I felt really cold to music, but it wasn’t something that I necessarily had had even enough of life under my belt to go, “oh, man, being a singer is exactly what I want to do for my whole life”. It was more this sense of, I had given my gifts to God, and he started opening up doors of music and it seemed kind of the natural door to walk through on a ministry level.

“I wanted I wanted to be used by him. I wanted to change the world. I wanted to share Jesus’ hope… I’ve probably never felt that I’m that great of a singer… the driving force behind music for me was always ministry.”

And I wanted I wanted to be used by him. I wanted to change the world. I wanted to share Jesus’ hope. And so I think for me it was the primary motivation was not I want to be up on stage singing in front of people. In fact, I’ve probably never felt that I’m that great of a singer. I think it was a I gift that God had given me, but, you know, it wasn’t just the ultimate thrill for me to get up on stage. So the driving force behind music for me was always ministry. I want to be obedient to His calling on my life and I want to make a difference, I want to share His hope. It had to be about more than just showing up on stage for me.

Looking forward now. What are you working on at the moment?

I do actually. So due to all the craziness of 2020, we ended up just releasing half of the album and we’re releasing the other half of it in just a couple of months, actually. So there’s a single that’s going to be coming out with my brothers that are in For King and Country. I’ve written and recorded a song with them as kind of a duet feature kind of situation for my project. And it’s a song called Kingdom Come so people can be listening out for that one that’ll be coming out here in the next couple of months. And then the full album will probably come out around the same time. So it’s be really soon, we’re just finishing up the next bit on it right now.

Article supplied with thanks to Rhema 99.7.

No Question or Doubt is Too Big For God, Says Pastor and TV Host Aaron McManus

How to Be a Better Friend and Understand Your Adult Children

Exploring the Link Between Population Growth and Property Prices

Young & Free on Worship in Lockdown, and Their New Singles

Millennials and Their Career Expectations
Scroll to top