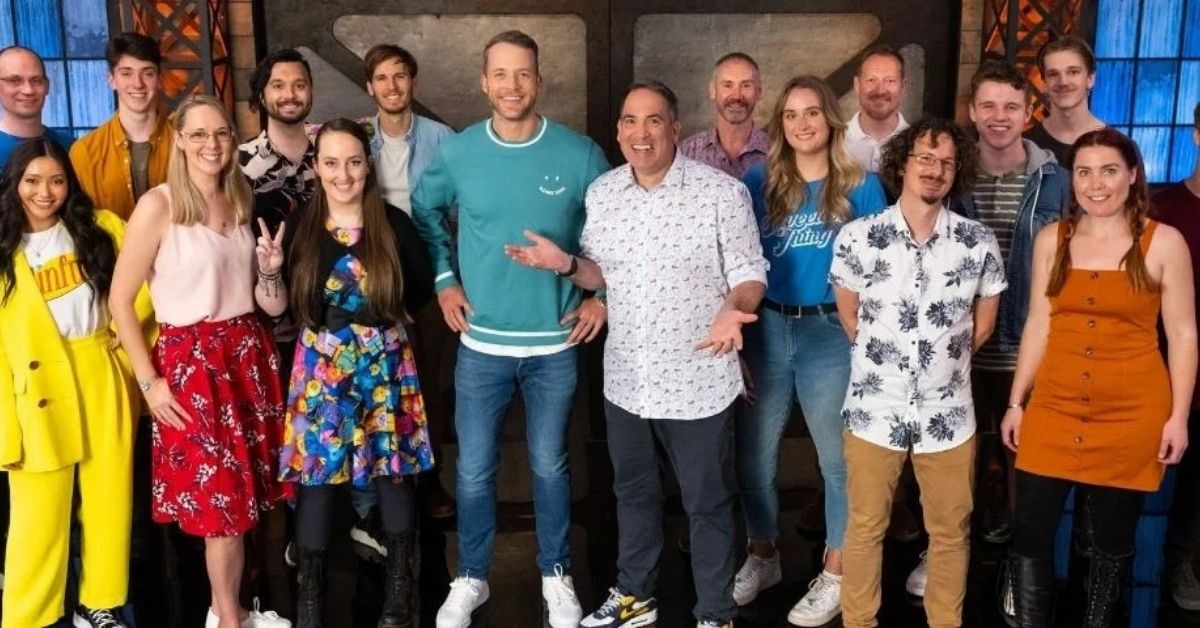 Ryan McNaught has what most people would consider to be a dream job.

Despite getting paid to play with Lego on a daily basis through the hit show Lego Masters, Ryan McNaught aka “The Brickman” still loves receiving a Lego set for Christmas.

“I don’t take work home with me” he said in an interview, but he confessed he still asks for a Lego set at Christmas.

“It’s been a thing forever and day and I always love at Christmas shaking the box and it makes that sound and then doing Lego at Christmas,” he said.

Joining Hamish Blake for another season of Lego Masters, “The Brickman” will judge teams of two who use their imagination and a Brick Pit holding 3.8 million Lego bricks to wow and impress.

“What impresses us the most is their creative process. Just how they come up with ideas on the spot under all that pressure is really inspiring.”

When asked about his toughest build, he describes the 1,600 hours he spent with him team working on a life size T-Rex weighing over 1.5 tonne but what’s even tougher for Brickman is the eliminations on Lego Masters.

“They give absolutely everything and then to tell them unfortunately they’ve got to go home after all that effort, it’s a bit anti-Lego” says Brickman.

Brickman and his team have just launched a brand-new exhibition: Bricktionary: The Interactive Lego Brick Exhibition on the Gold Coast. It’s the ultimate A-Z of Lego built to inspire builders’ imaginations.

Article supplied with thanks to 96five.

Back to the Future – Sales of Vinyl Overtake the CD

Jeremy Camp’s Story of Faith Amid Heartbreak and Tragedy

‘Maleficent: Mistress of Evil’ is Less Evil Than it Sounds and Looks

Why Do We Need to Ask God For Forgiveness?

‘Self-Care is Vital in the Unrelenting News Cycle’

The Influences Shaping Gen Alpha, and Why Their Future Is Bright
Scroll to top