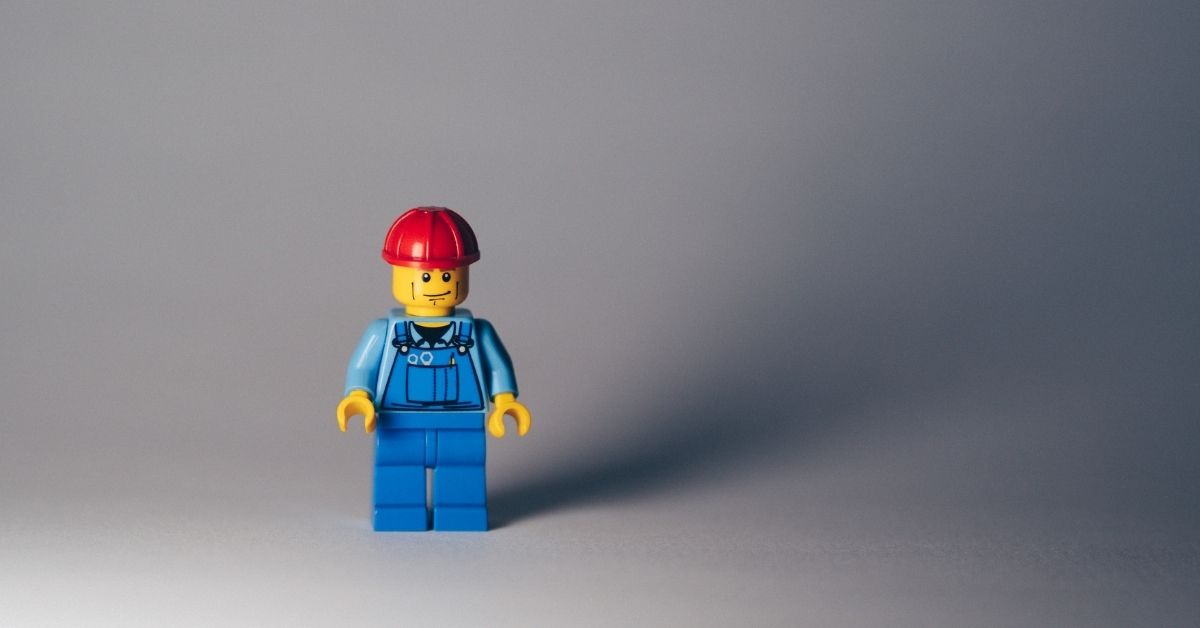 The award winning Channel 9 TV series Lego Masters has proved to be popular family viewing last month. Viewers have been awed at the creativity and ability of the contestants to turn the humble Lego brick into amazing creations.

Within 28 hours a blank Lego board is transformed into a battle zone between a wizard and a marauding army, a circus tent and moving trapeze artists, or an emotionally charged scene of wolves threatening drinking deer. These amazing stories all created by placing thousands of small pieces of interlocking plastic.

Lego is popular and fun. But it also raises some of life’s biggest questions and opens up a way of exploring if the universe is best explained by a God or not.

We explored some of these ideas in a recent episode of Bigger Questions, where we spoke with a finalist from Season 2 of Lego Masters, Josh Taylor. He finds Lego a great way of building relationships and connection with students at his school, but Lego also points to something bigger.

Why are we creative?

At the heart of building with Lego is expressing creativity and imagination. Yet, this then raises the question: why are we creative?

Humans are unique amongst all living creatures to possess creative imaginations. We don’t see dolphins drawing pictures on the ocean floor, or elephants gathering for an evening of storytelling, or dogs sculpting rocks. Possessing imagination and expressing creativity appears to be a uniquely human attribute. This then begs the question why?

Perhaps imagination and creativity are just inexplicable elements of human nature which might be helpful to humans in their quest for survival – as the atheist worldview asserts. Or perhaps there might be an intelligent, creative creator who crafts humans in his own image?

This potentially makes the human attribute of imagination a pointer to God – a creative, intelligent author of humanity and the world.

Whilst we may possess imagination, creation is hard. As Josh points out in the show, it’s hard work creating anything of substance and scale with Lego.

Author and pastor, John Piper agrees with Taylor and goes a step further by saying,

Imagination may be the hardest work of the human mind. And perhaps the most God-like. It is the closest we get to creation out of nothing.

Indeed imagination may at one sense be creation out of nothing (depending if you consider brain synapses nothing?), but turning that imagination into a reality – into a ‘creation’ – is much harder. I asked Josh, is it hard to create something from nothing and he responded by saying, “well, we’re not really creating from nothing, for we have something to create with – Lego bricks.”

This gets to the heart of this big question: Lego creations are not strictly creations from nothing, but reordering what is already there. There is an echo here of the nature of the universe, that the appropriate connection and assembly of a small building block of life – like perhaps amino acids- leads to creation of larger, more complex things. Yet to do this, to order these small building blocks requires intelligence and a plan.

Again, perhaps the ordering of the building universe is the result of chance and time, Or again, perhaps this is a pointer to a powerful and intelligent mind behind the universe?

As one of the most famous scientists of all time Sir Isaac Newton once remarked,

“This most beautiful system of the sun, planets and comets, could only proceed from the counsel and dominion of an intelligent and powerful Being”

Why is there something rather than nothing?

Yet, this raises the even bigger question and more fundamental question of why there is something rather than nothing? Why is there ‘stuff’: amino acids, elements or Lego bricks at all in a ‘universe’?

It’s a question which has puzzled philosophers and thinkers for centuries. Some atheists, like Lawrence Krauss, who wrote a book, ‘A Universe from Nothing’, attempt to explain this, by claiming that the universe arose naturally and inevitably from the operation of gravity on the quantum vacuum.

However, the problem with Krauss’ view is that he effectively evades the question by claiming that ‘nothing’ isn’t really nothing. He even admits as much in his book,

Atheists have consistently struggled with this question, indeed the famed philosopher Bertrand Russell was asked why he thought the universe exists, and responded “I should say that the universe is just there, and that’s all”.

Again, to explain why there is something rather than nothing, we have the choice between, ‘it’s just there and we really don’t know’ or the theistic explanation, that there is a great creator behind the universe.

Lego is a wonderful thing, it’s fun, enjoyable and colourful – it’s awesome! But it also gives us an insight into some of life’s biggest questions, and a pointer that maybe the atheist explanation for the universe is inadequate. Instead these tiny bricks might indeed help show that the God of the Bible could in fact be the master builder behind this beautiful creation we all inhabit.

“By faith we understand that the universe was formed at God’s command, so that what is seen was not made out of what was visible.” (Heb 11:3)

Article and podcast supplied with thanks to City Bible Forum.

About the Author: City Bible Forum serves the business community, and are committed to making the discussion of life’s challenges and of the Bible as convenient and accessible as possible.

Jack’s Butterflies. Freeing Families From The Cocoon Of Disease

‘My Mind & Me’: Selena Gomez Breaks Down Myth of Success

The Rise of the Regions: Australia’s Are Moving to Regional Areas

How to Empower Your Thinking with a Strategic Mindset

Road to Repair: What The “Recovery” Budget Means For You

Why Sustainability Is The Most Sustainable Opportunity for Your Business

“They Just Love Listening to Your Voice” Says Children’s Author on Importance...
Scroll to top