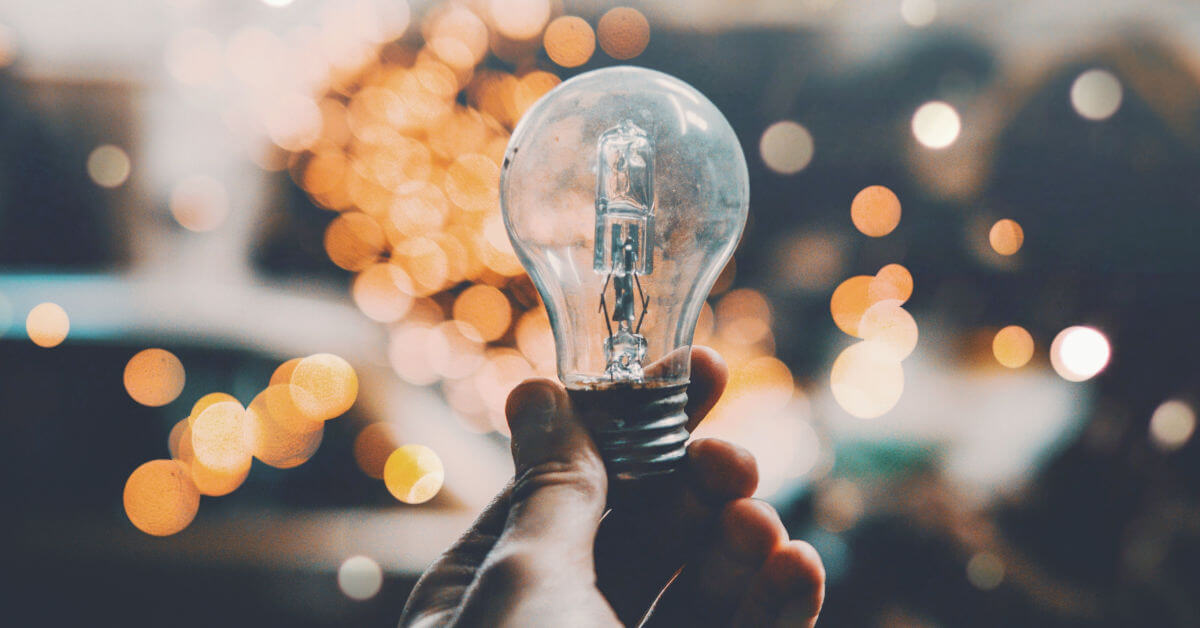 “Innovation is not an idea problem. It’s a recognition problem.”

This quote from David Burkus’s book, The Myths of Creativity, is spot on. Some of the best ideas for innovation, creativity and invention don’t lie somewhere ‘out there’; they are often right under our noses. The real skill in creativity is being able to identify and recognise the ideas that have the potential to be game changers. You have to know where to look.

Two keys to creativity in your business:

Now more than ever, the communication channels between company and customer are clear and accessible for those willing to use them. Social media has empowered the voice of consumers to such an extent that they are impossible to ignore. However, these means of communication are not one-way channels and they have the potential to empower more than just the consumer if businesses are listening.

Companies such as Starbucks and discount airline JetBlue have made extensive use of social media in recent years for generating ideas. Surprisingly, McDonald’s has been relatively late to the party with the fast food giant only recently establishing a dedicated team to monitor various social platforms. McDonald’s Director of Social and Digital Engagement Paul Matson admitted this oversight saying that for a brand that gets mentioned on social media every one or two seconds, “We seemed deaf and mute.”

More than simply monitoring social media in order to respond to unhappy customers or try to manage their reputation, McDonald’s quickly discovered that social media could be a powerful source of ideas and innovation. The launch of McDonald’s all-day breakfast menu in October 2015 came about in response to Millennials who were complaining on social media about the fact they couldn’t get breakfast items after 10.30am.[1]

What was a source of complaint became a source of creativity for McDonald’s and the empowered consumer empowered the company because it was willing to listen.

Organisational theorist James G. March argues that in order for knowledge to develop and grow, there must be a constant influx of the naive and the ignorant. In his book The Wisdom of Crowds, James Surowiecki agrees: “Bringing new members into the organisation, even if they are less experienced and less capable, actually makes a group smarter.”[2]

Unfortunately, encouraging fresh perspectives from newcomers is generally low on the agenda for many organisations and leaders. More often than not, when a new person comes into a business, they tend to be implicitly told to sit in the corner, look and learn, and watch ‘how things are done around here’. Then only once they know ‘how things are done’ can they offer any input or suggestions. In essence, new entrants are given their own custom-fitting set of mental blinkers through a process called induction (more appropriately known as indoctrination) and by the time their input or suggestions are sought they no longer have fresh eyes at all.

If you’re in leadership, I strongly urge you to make the most of the people in your organisation or business who have fresh eyes – either due to their age or lack of experience. Furthermore, consider deliberately bringing people into your organisation who have experience in a different context. You’ll be amazed by the ideas they come up with. In the words of legendary futurist Alvin Toffler, “Old information looked at through new perspectives makes new information”.

For either of these keys for crowdsourcing creativity to be effective, it is essential that businesses adopt a posture of curiosity. In global research conducted in early 2015, it was found that a full 67% of businesses lack the internal culture required to drive innovation.[3] Even when the will and desire for innovation exists, it’s the supporting culture and mindset that are critical to seeing creativity and inventiveness flourish in any organisation.

The CEO of Amazon, Jeff Bezos’ mission has always been to make Amazon “The world’s biggest laboratory.” This insatiable curiosity and commitment to experimentation is undoubtedly a key component of the online retailer’s extraordinary success.

A posture of curiosity within an organisation never happens by accident. It has to be actively cultivated. As one leading innovation thinker suggests, “While you can’t bottle lightning, you can build lightning rods.”[4] In the same way, while you can’t manufacture creativity, you can actively foster a culture curious enough to pay attention when it arrives.

Aiming to Be Amongst the ‘Two Percenters’

The Healing Power of Touch

What Happens When I Die?

Traumatic Events in the News: 10 Tips for Supporting Young People