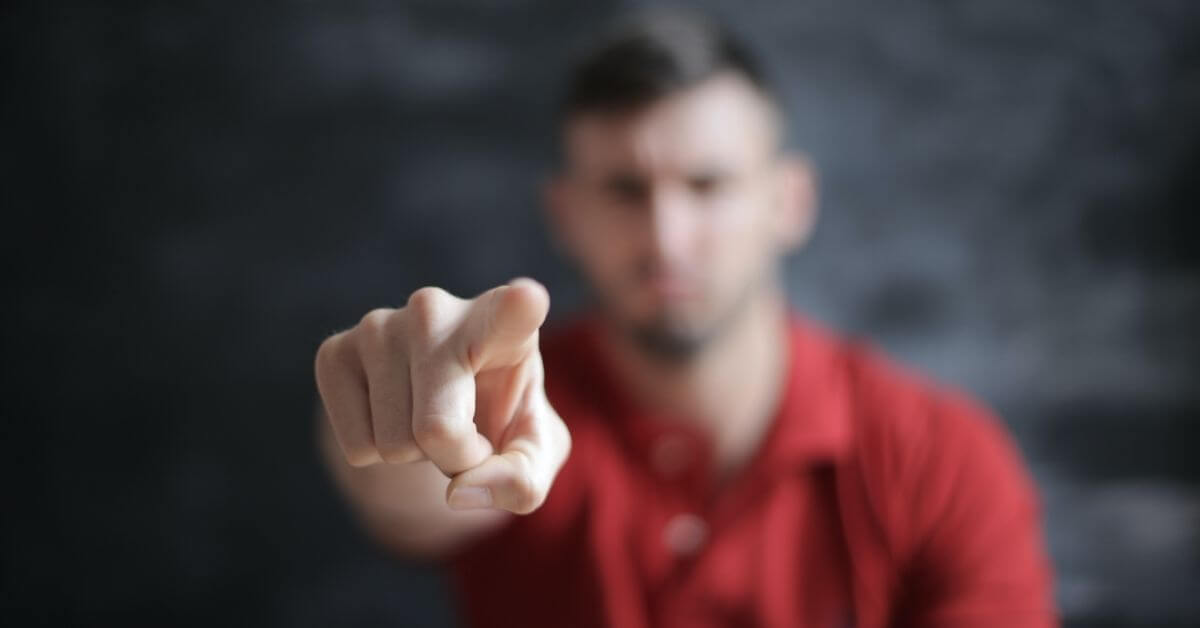 I read a survey recently about how Christians are known to be the most judgmental people in society.1 What a tragic report card. How can a religion based on grace be known for judging others?

The very heart and basis for Christianity, Jesus, said that the commandments (613 in his Jewish tradition) were summed up in only: love God and love people (Matt. 22:37-39). And these two commandments focus on what we do, not on what we don’t do. Yet even after Jesus, we seem to prefer to go back to our long list of laws, so much so that we’ve become known for it. Self-righteousness, condemnation and finger-pointing seem to have become the order of the day, and it’s all the more repugnant when cloaked in religiosity. How did we get it so wrong?

I’d like to suggest two reasons for how Christians got to be so judgmental:

The first one has to do with our essential humanity. The reality is, living by love is much harder than living by law. Law requires you merely to tick a box – we feel good about ourselves whenever we get it right. Love, on the other hand shifts our attention to other people. It focuses on our internal motivation, rather than our outward action. It’s not bottom-of-the-barrel thinking – what I can get away with – but rather, what I can do to go above and beyond. Love is a much higher standard, and that’s what makes it so challenging. So, we take the easier route, bathing in the shallow waters of what is right rather than pushing through the depths to what is loving.

The second reason for our judgmentalism is that we haven’t properly understood Jesus. We’ve associated holiness with “getting it right.” Yes, Jesus was sinless (1 Peter 2:22), but did you know he also broke the law?

Time and time again, Jesus subverted the rules in favour of love. This put him into direct conflict with the Pharisees – the religious leaders of the day – who were fixated on laws. They knew every rule down to the smallest detail and worked tirelessly to alert people to their transgressions. But Jesus challenged their legalist attitude head on. At times, he deliberately broke the commandments to make a point. Think about when he healed a crippled man on the Sabbath and then told him to carry his mat (John 5:6-10), a direct contravention of the fourth commandment (Exod. 20:9-11, Jer.17:21-22,27). Or the time when he deliberately ignored the laws about hand washing (Mark 7:1-9) and food (Lev. 11), declaring all foods “clean” (Mark 7:18-19). Or, when he touched people with skin diseases (Matt. 8:3) when the law said you shouldn’t (Lev. 13-14), and when he taught people not make vows when the law said you could (Num. 30:2, Deut. 23:21-23 c.f. Matt. 5:33-37).

In everything Jesus said and everything Jesus did, he was making the point that the way of love is above the way of law (John 5:26,27). When Jesus healed the cripple and touched the leper, he was demonstrating the priority of loving people over obeying the rules. As the Apostle Paul later wrote, Jesus was the fulfilment and end goal of the law (Rom. 10:4). Since love fulfils the requirements of the law (Rom. 13:10), the law becomes obsolete (Heb. 8:13, Eph. 2:15).

Part of the reason I think Jesus campaigned so strongly for love over law is because of its outcome. Living by law can only bring condemnation, but living by love has the power to bring transformation. Acts of love change our own hearts as well as those around us.

Living by law on the other hand just doesn’t work. It may regulate our external behaviour for a time, but it is powerless to change the heart. Even when it comes to regulating behaviour, living by law isn’t that effective. This is because it is impossible to create a law for every situation. Even in the best justice systems in the world, people can get away with major crimes because the law cannot cover every possibility. This is what keeps defence lawyers busy looking for loopholes and exceptions in the fine print. The process is reduced to, what can I get away with? rather than, what can I contribute?

Even the biblical laws fail at this point. The Hebrew Torah has 613 of them, but even that wasn’t enough. So, Jewish scholars created more. These extra laws (known as the “Oral Law” or the “Talmud”) were designed to act as a “fence around the law.” They were set up to protect people from breaking the main laws. So, for example, to keep you from breaking the commandment about working on the Sabbath, there were laws added to define the meaning of “work.” One law had to be expanded to include many more. This endless rule-making will always continue whenever the focus is more on external behaviour than the heart.

Love and Do what You Want

Jesus’ way of love over law is not just a theological ideal, but has real consequences for how we live.

It starts with a revelation of Jesus and then a revelation of ourselves. Ironically, we first need to admit our inability to keep the law in order to receive the grace to move past it. We need to allow the Spirit to bring us to the point of conviction, so that we can receive the fullness of God’s love and forgiveness. If we remain under guilt and shame, we will inadvertently impose that same condemnation onto others.

From there, we need to apply the rubric of love to every decision we face. The question becomes, what is loving?, rather than, what is right? The Holy Spirit will help us, convicting our hearts in every situation. We will find ourselves asking, is this loving? As Canadian pastor Bruxy Cavey wrote, “If love guides our hearts, rules become redundant.”2 This means we “find ways to go beyond avoiding doing bad and to initiate love towards others.”3

In his book, The End of Religion, Cavey provides a great illustration of this principle. While on holiday in Germany, he had the opportunity to fulfil his lifelong wish to drive on the Autobahn where there is no speed limit. But as he was about to press his foot down on the pedal, his wife said, just remember, you love your family. Suddenly, the question was no longer about how fast he was allowed to drive; it became, how fast was it safe to drive? Love became his guiding restraint.4

It is this kind of orientation that Jesus calls us to in every situation. Will we choose to make love the priority? Living by love sets us free. No longer are we restricted by an endless list of laws; we are set free by an endless stream of love. So, in Augustine’s old-fashioned wording, the way to live is to, “love and do what you wilt.” There is no need for law when love reigns. Put simply, love God; love people. May this be what Christians are known for.

A Groundbreaking Indigenous Approach to Policing is Making a Difference

How to Soar on the Wings of Eagles

What Aussies are most hoping for Christmas this year

Grieving Can be One of the Greatest Paths to Joy – Award-Winning Artist Ellie...
Scroll to top