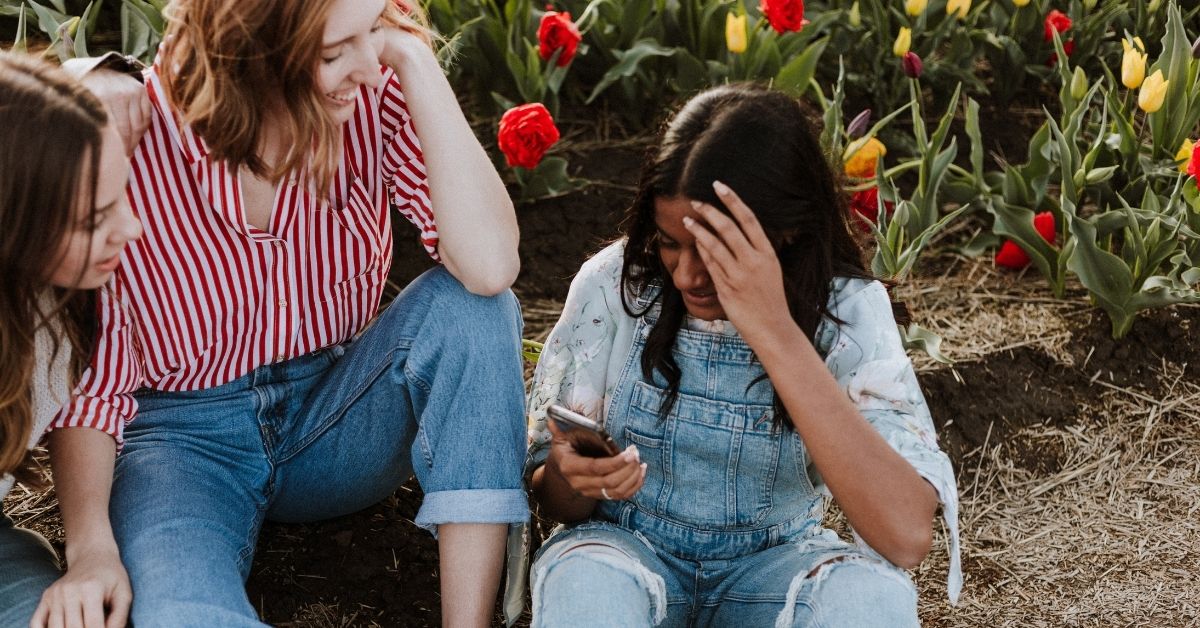 The current generation of teenagers – known as ‘iGen’ – have grown up in the age of the iPhone and social media. Most of them can’t remember a time without a smartphone in their home, which they (probably) had access to during their ‘screen-time’. Digital tech is as much a part of their lives as pimples and puberty. It’s part of growing up in today’s world.

But has digital technology been good for these teenagers?

The answer, as in so many situations in life, is that it depends.

iGen teenagers are less likely to physically harm each other, or have sex.

One of the surprising findings around teenagers and digital technology is that teenage violence and delinquency has gone down. Author and reporter Ross Douthat summarises the findings (for America):

[There’s] a definite pattern in late-modern life, in which the spread of immersive virtual entertainments [e.g., digital technology] has coincided with safer social behaviour among the generations immersed in its pleasure.

Teen sex and teen pregnancy dropped with the spread of the Internet; so did teen smoking, teen binge drinking, and teen drunk driving. In 1992, 42 percent of American teenagers had been in a fight; by 2015, that figure was 22 percent. In the era of the teen TV soap Beverly Hills, 90210, which premiered in 1990, 10 percent of adolescents had lost their virginity before age thirteen; only 4 percent enjoyed that dubious distinction in the age of Snapchat.

[Statistics show] teenage life in the 2010s was physically safer than sat any point in the recent American past. [1]

While this may be due to stricter parenting and better campaigns against alcohol use, Douthat argues that digital technology has the key role to play:

Whether it’s video games or…just the buzz of online social life, the virtual makes it possible to spend a social teenage life much more indoors and at home than in the past, which in turn reduces the risks that come with driving too fast, partying too late, drinking too much, hooking up incautiously, and generally behaving in the ways that traditionally made adolescence dangerous.’ [2]

It seems the scrolling social media feed takes a teenager’s attention away from others whom they might possibly harm, or hook up with. But before we celebrate our safer streets and fewer teenage pregnancies, there’s a dark side to social media.  A very dark side:

iGen Teenagers are having mental health problems like never before.

American Psychologist Jean Twenge researched the impact of digital technology on ‘iGen’. Born between 1995 and 2012, members of this generation are growing up with smartphones, have an Instagram account before they start high school, and do not remember a time before the internet.

What’s been the effect of digital technology on this generation? In her 2017 article at the Atlantic entitled ‘Have Smartphones Destroyed a Generation?’, Twenge writes:

Rates of teen depression and suicide have skyrocketed since 2011. It’s not an exaggeration to describe iGen as being on the brink of the worst mental-health crisis in decades. Much of this deterioration can be traced to their phones.

But the twin rise of the smartphone and social media has caused an earthquake of a magnitude we’ve not seen in a very long time, if ever. There is compelling evidence that the devices we’ve placed in young people’s hands are having profound effects on their lives—and making them seriously unhappy.

Yes, it’s fantastic that teen homicides are down. But an uptick in teen suicides? That’s tragic in the extreme.

Twenge also summarises some other problematic indicators of this generation:

Twenge summarises her data with this disturbing sentence:

[iGen] are on their phone, in their room, alone and often distressed.’

And so what are the Tech Executives in Silicon Valley doing with their kids? Surely their kids are saturated in digital tech, right?

Many digital tech executives keep screens away from their kids.

It may surprise you to know that the late Apple CEO Steve Jobs was very restrictive on his kid’s digital technology use.

As NYT’s journalist Nick Bilton points out in an article entitled ‘Steve Jobs was a low-tech parent’,

[N]othing shocked me more than something Mr. Jobs said to me in late 2010 after he had finished chewing me out for something I had written about an iPad shortcoming.

“So, your kids must love the iPad?”…The company’s first tablet was just hitting the shelves. “They haven’t used it,” he told me. “We limit how much technology our kids use at home.”

In his article, Bilton explores how it’s not just Jobs who kept his kids away from technology. Many tech executives do the same. They ‘strictly limit their children’s screen time, often banning all gadgets on school nights, and allocating ascetic time limits on weekends.’

And why? One tech executive put it this way:

“[We] have seen the dangers of technology firsthand. I’ve seen it in myself, I don’t want to see that happen to my kids.”

The dangers he is referring to include exposure to harmful content like pornography, bullying from other kids, and perhaps worse of all, becoming addicted to their devices, just like their parents.

That’s right: the same executives that market their devices to our kids restrict it from theirs. How ironic is that? Unlike most parents, these tech executives know how dangerous digital tech can be (if not used wisely).

Of course, concerns around tech – especially social media – are now widely recognised. Documentaries such as ‘The Social Dilemma’ describe the dangers of social media. A number of engineers who designed these tools come clean about how they’re designed to be addictive.

But I do wonder how many parents are aware of these pitfalls?

What Parents (and Teens) Need to Know About Digital Tech

Digital Technology is not ‘Value Neutral’.

Most parents are rightly concerned about the content their teenagers consume through digital tech. After all, giving a teen a smartphone is giving them unfiltered access to the internet (just ask the teenager!).

Often we’ll not realise what’s going on until we’ve been heavily affected by it. Just look at the research quoted above about how teenage behaviour has changed in our digital tech-saturated world. From the way they relate to the way they use their time: teenage behaviours have been modified by the various values of digital technology (as has adult behaviour to a certain degree – Netflix binges, anyone?).

But once we realise that digital tech is actively shaping us and our children, we’ll be able to take steps to better manage it. After all, digital tech is here to stay. But that doesn’t mean we hand iPhones to our 13-year-old and hope for the best. Instead, we help our teens manage the technology in age-appropriate ways, so that when the day comes when they’re let loose on it, they’ll more likely use it, rather than be used by it.

[3] These are averages: I’m sure you know a lot of teens that aren’t like the above.

Nothing Worth Doing Is Ever Easy

Dads: How To Stay Connected With Your Kids

Grace Is a Free Gift, Not a Free Pass

What You Need to Know About Anzac Day This Year