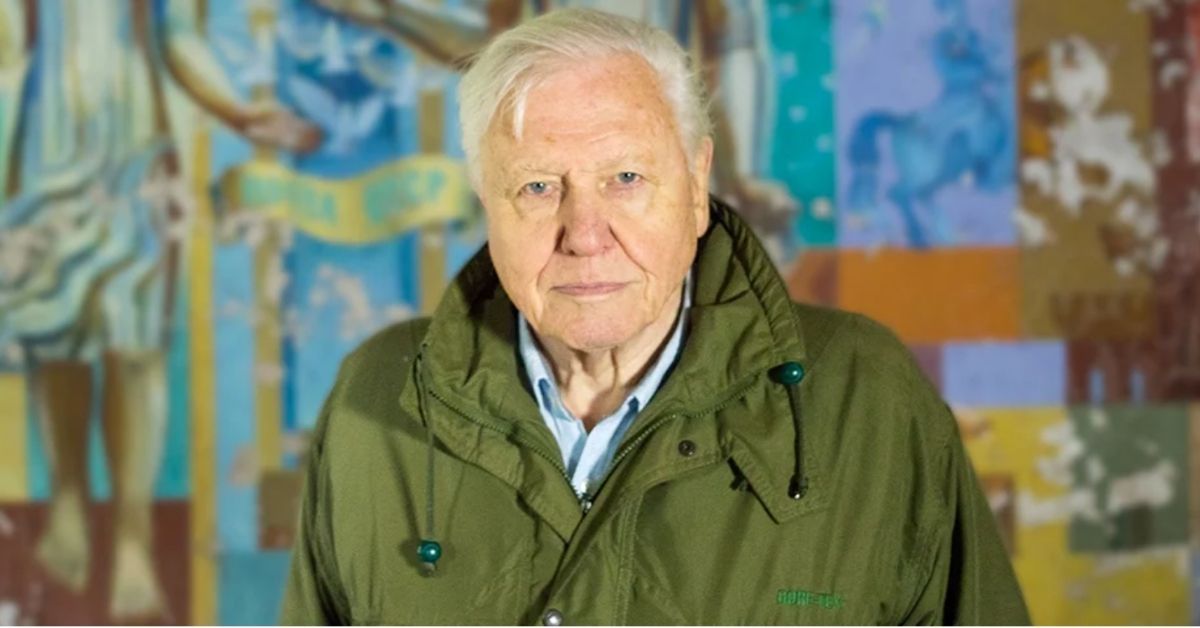 At 93, Sir David Attenborough has seen some stuff. Much of his life has been spent in the wild, as a broadcaster and natural historian, taking us into the worlds of some of the most extraordinary creatures – from leopards, to gorillas and whales.

Visiting every continent on the planet, Sir David has encouraged people to look at our natural world with wonder, awe and respect. In his latest project, A Life on Our Planet, he’s asking viewers to take that fascination to another level, and work to actively protect areas of endangered biodiversity, and secure the future of Earth.

Calling the movie his, “witness statement”, Sir David opens A Life on Our Planet with a reflection on the scale of humanity’s impact on nature. He briefs viewers on what he’s seen over his career, and the consequences he believes we’ll walk into if we continue down our consumeristic path.

Combining the artistry of previous David Attenborough documentaries like Planet Earth or Frozen Planet with the intention of Al Gore’s An Inconvenient Truth, A Life on Our Planet is a beautifully shot open-letter to humanity, asking us to consider the implications of our choices.

It’s a worthy watch for Sir David’s existing niche, but I’ve no doubt it will be one that faith communities wrestle with.

From my reading, conversations about the environment, and environmental protection make some Christians uncomfortable.

Two reasons I’ve observed as to why, are 1) many of the causes to protect our planet are led by people who have views about our ecosystem’s origin and development that don’t line up with our worldviews, and 2) Christians tend to value the life of the people living on the planet more than the planet itself – the link between endangered whales and evangelism doesn’t gel.

As a result, supporting campaigns that focus on the planet more than people, or drop thoughts about life – ‘hundreds of millions of years ago just after the Big Bang – make us squeamish. They feel at odds with a faith that says humans are made in God’s image, and that it wasn’t a thoughtless Big Bang that started off the world, but the thunderous moment God said, “Let there be light”.

Right from the get-go in Genesis 1:26-28 we, bearing the very likeness of God, were instructed to have dominion over all the creatures that roam around us on earth and sea.

If we take our lead on dominion and sovereignty from God, it’s not about overbearingness and destruction, but service, elevation of purpose and love. Observing the handiwork of a Creator who makes flowers bloom with glorious colour in highlands no human eye will ever see, or fish that exist so deep within the ocean it’s unlikely we’ll ever discover them, to give attention to something other than ourselves with any kind of gusto seems absolutely reasonable.

The message Sir David Attenborough wants to drive home in A Life on Our Planet is that the way we’ve treated our environment in the past and fueled our existence has had unexpectedly disastrous consequences. We’ve increasingly put a demand on limited resources that aren’t replenishing and, in doing so, we’re altering a vital natural order of things.

Sir David’s solution is to adopt practices of living that are sustainable. Not ‘sustainable’ as we’ve come to know it through trendy branding, but based on a philosophical approach to life that won’t cause resources to expire.

Observing the level of deforestation that’s occurred over the last century, and how dramatically we’ve reduced areas of un-domesticated land around the world, Sir David said, “We can’t cut down forests forever, and anything we can’t do forever, by definition, is unsustainable”.

Looking at how we farm, heat our homes, produce clothing and the vast array of other activities we engage in in life, Sir David’s hope is that we’d look for ways to do them that can be done continuously over time.

Limited by our own intellect, perhaps that’s a greater challenge than we realise – at the time our current ways of doing things were established, they were assumed to be best practice, and in many areas we’ve learned we need to change.

“To continue [as a human race] we require more than intelligence, we require wisdom,” Sir David said.

That right there, is where the Bible offers us hope. It says in James 1:5, “If any of you lacks wisdom, you should ask God, who gives generously to all without finding fault, and it will be given to you”.

Some may see many ‘faults’ in our past approaches to the environment, but the good news is they don’t disqualify us from asking God for wisdom on what to do next.

David Attenborough: A Life on Our Planet is in select cinemas for a limited season from September 28 and streaming on Netflix from October 4. The cinematic release will feature an exclusive Q&A conversation with Sir David Attenborough, and actor and broadcaster Sir Michael Palin.

This Movie is Why Streaming Will Never Replace Cinema: ‘Ford v Ferrari’

Australians are Live-Streaming Child Sex Abuse. Joy Was One of Those Children. Now, She’s Speaking Out.

‘God and Hamilton’ – The Deeply Religious Story of the Hit Musical

What is Enlarging Leadership?
Scroll to top