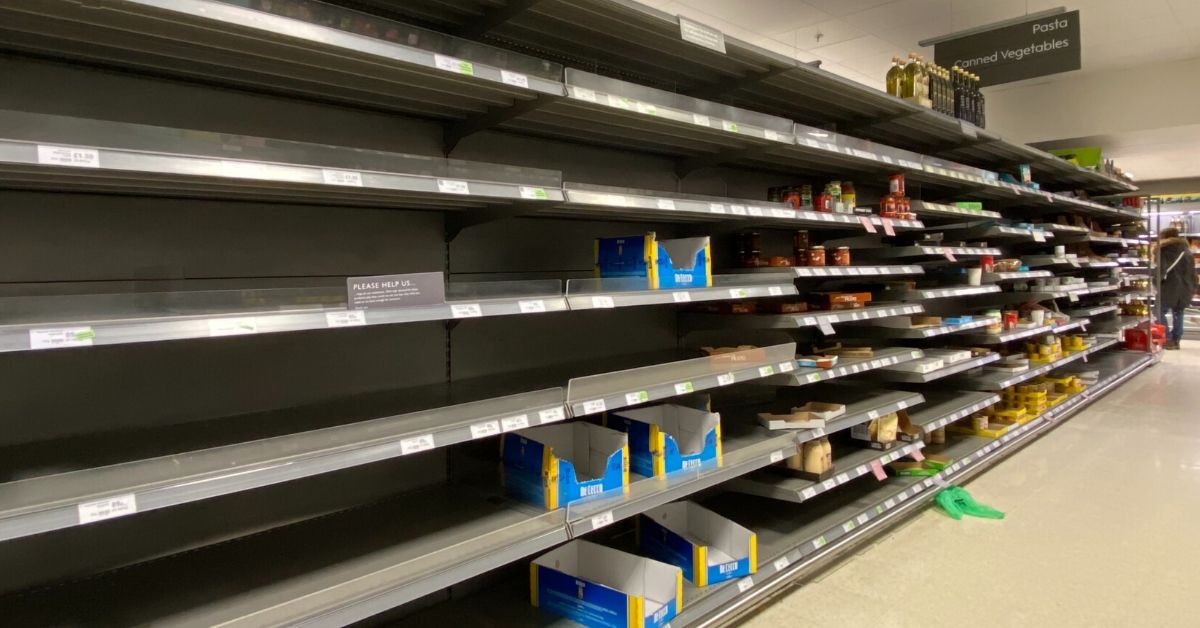 At the start of the year, no one could have predicted how one virus that started in the Chinese city of Wuhan, a place most people would have never heard of until this year, would affect the lives of almost everyone in the world.

For most Australians, COVID-19 is experienced in the aisles of the grocery store, according to a new nationally representative survey of 1015 Australians conducted by McCrindle, in partnership with CINT, into how the global pandemic is shaping the sentiment, behaviour and outlook of Australians. The survey was in-field from 19th to 23rd March 2020.

Over the last few weeks, there has been widespread coverage on Australians bulk buying goods. The proportion of Aussies who are actually buying much more than they need, however, is relatively small (6%).

“The stockpilers have gone in pretty hard, they’ve gone not just to their local store but from store to store, resulting in something that used to be such a normal activity becoming a high pain point for the majority of Australians – this contagion of panic buying has spread outside the metropolitan areas into regional parts as well.” – Principal, Mark McCrindle

“It means ordinary people cannot buy what they now need, including the most vulnerable – two in three Australians (66%) have been unable to buy goods they’ve needed. That single digit figure of Australians has caused a rippling effect, creating the shortages in the aisles and that it is quite remarkable – it’s this small proportion of shoppers who has had an asymmetric impact on the broader public. We had six per cent who went out and bulk bought in an intentional, strategic way and this prompted another 30 per cent to start stockpiling because they saw the supermarkets becoming bare, creating the problems we are still seeing.” – Principal, Mark McCrindle

Furthermore, though 1 in 4 Australians (24%) believe the government should intervene to stop bulk buying, a higher proportion believe this is the responsibility of the shops or the shoppers themselves.

Innovating in response to the virus

Aussies have changed their behaviour in a number of innovative ways to protect their communities and continue supporting the economy in this time. These ideas include:

“[My friends and I] are all exchanging recipes that our mothers used to make during frugal times and having fun doing it.” – Survey Respondent

“Been using more online technology. This virus has dramatically changed the way we work.”- Survey Respondent

“Because we’re in self-isolation we can’t go for our usual long walk so I’ve been trying to exercise as much as possible at home. I’ve also been emailing and instant messaging people a lot more. I’m trying out different recipes to use up ingredients that have been sitting in the cupboard for a while.”- Survey Respondent

When will things be back to normal?

Most Australians believe it will be a while before things are back to normal. Two in three Aussies (66%) believe it will take between 4 months and 2 years
before things are back to normal, compared to just one in four (25%) who think the situation will settle in 3 months or less. One in twenty Australians (5%) believe things will never return to how they were.

As China passes through the worst of the virus and life is slowly returning to normal, Australians are being told to stay home unless it’s to exercise, shop or for medical reasons. It may well be up to 6 months of disruption before life returns to normal – or the ‘new normal’.

If you found this article interesting, our visualised report – COVID-19: How the global pandemic is shaping the sentiment, behaviour and outlook of Australians – will soon be available to download for free.

Daniel Craig Farewells James Bond 007 in ‘No Time to Die’

Raising Children to Love or Fear

What Hillsong Pastor Brian Houston Has Been Charged With: “I Will Defend These Charges”

How to Maximise Your Tax Refund

How to Build Financial Resilience in a Crisis – 7 Expert Tips From a Debt...

10 Tips for Working From Home
Scroll to top