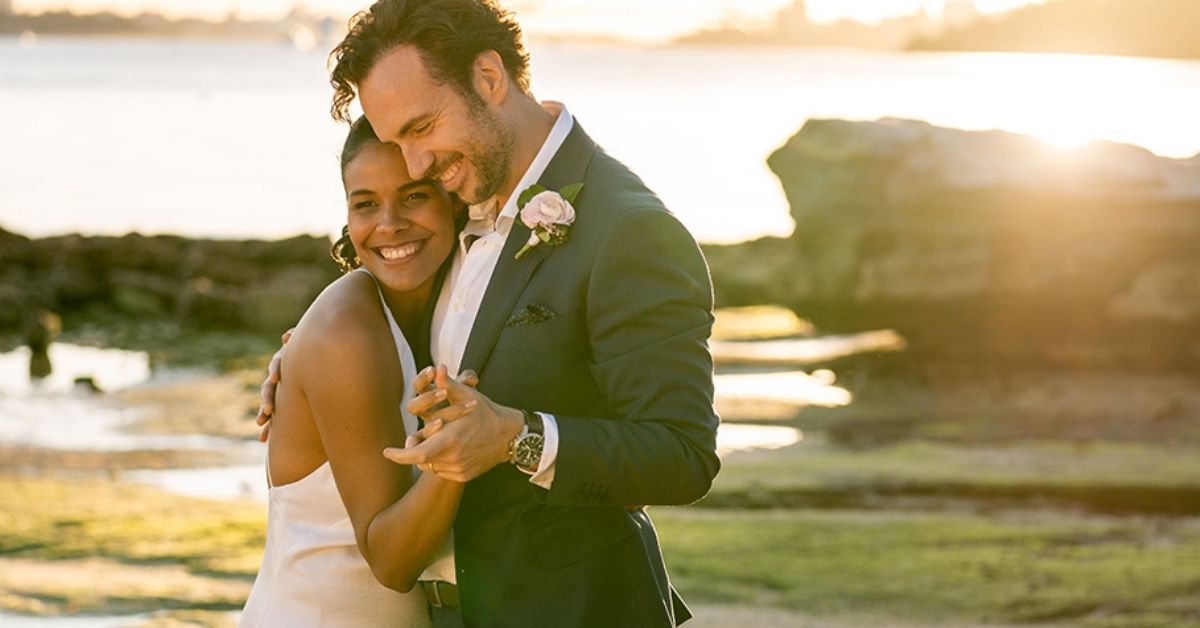 On the back of a year that made time slow down and took us back to life’s bare essentials, Long Story Short is a romantic comedy that’s found its moment in time.

Teddy wakes up the morning after his wedding to discover that every few minutes he’s jumping forward to the next year of his life. As someone who leaves everything to “later”, Teddy’s panicked by how fast his life is passing him by, and is set on finding a way to undo the curse he’s living under and get his life back.

Jamaican-born Australian actress Zahra Newman plays Teddy’s wife Leanne and said in an interview, “We made the film in 2019 when we were so blissfully ignorant to coronavirus and, given the year that we’ve all come out of, I think that idea of time and what’s important – and talking time to recognise what has meaning for you – has made the film have greater weight”.

The role of Leanne was Zahra’s first in a feature film having come from a strong theatre and television background, and was the perfect fit for her debut.

She said the couple “have such good banter”.

“Also when you read the screenplay, the scenes are actually quite long. Coming from a theatre background, when I read the scenes and there was a lot to kind of sink your teeth into. It felt much more comfortable for me and I felt like I got it,” Zahra said.

As rare as it is to see an Australian romantic comedy, Long Story Short also sets itself apart from others in the genre by choosing a multi-racial cast that represents the true diversity of modern-day Sydney.

“It’s really great to be in casts like that, and also that that’s not the focus of the film,” Zahra said.

“It’s not a problem in the film, nobody needs to explain it, it’s just the way it is because that’s the way the world is now – you have friends and family that come from different ethnic groups and come from different cultural backgrounds. That’s the reality of living in a metropolitan city.”

Do You Know God, or Just Know About Him?

An Urgent Plea: “We Need Your Blood”

3 Ways to Future-Proof our Schools, Students and Educational System

The Architect of Anzac Day

Facebook Ban: What Does it Mean For Your Feed?
Scroll to top