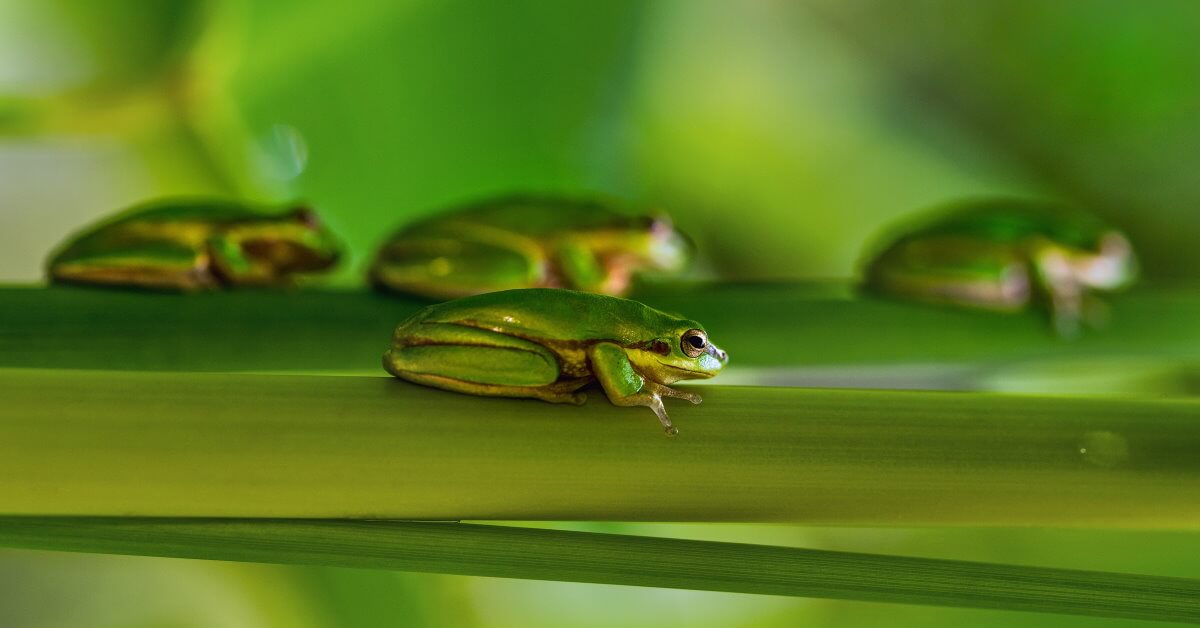 When I was ten years old my family took off travelling around Australia, towing a big old caravan. We often stayed roadside and that was my favourite, but we also stayed in so many caravan parks that I considered myself an expert in the field of Tourist Villages and a town planner of sorts.

On long boring stretches of arid landscape, I would draw detailed mud maps of the caravan park of my dreams. A pool with a slide, an immaculate camper’s kitchen with a TV, beautiful acres of lawn and cheap lollies in the kiosk. As a caravan park expert, I also knew what I didn’t want.

We stayed in a park in Far North Queensland that was overrun by millions and millions of green tree frogs. I imagine they were all in town for a Frog Convention, or a pilgrimage or something, because those frogs were everywhere! In every crack and crevice of the old brick ablution block, staring at me from the soap dish and lined up along the window sill. Every time I sat to pee I imagined a frog was going to jump up and bop me in the bottom. They were in the pool, the washing machines and when I walked through the grass, they would bounce up and hit me in the legs. It was simply terrifying.

When I read the account in Exodus of the plagues brought down against the Egyptians, I think about those green tree frogs. The second plague of the exodus, the frogs were in the Pharaoh’s ovens, the kneading troughs of his servants and even in his own bed. I shudder to think about it.

You might know the story- Pharaoh summoned Moses and Aaron to asked them to pray to take the frogs away, promising he would free the Israelites from captivity. Moses responded that he would give the Pharaoh the honour of setting the time for the prayer.

Tomorrow!! Why?! The Pharaoh was given the choice and he decided to sleep one more night with the frogs?!

Perhaps he was hoping the frogs would hop off before the prayer so he wouldn’t have to attribute it to God. Perhaps he was trying to play it cool, wanting to hold the power in some way, dictate the terms of the frog extraction so that he felt some measure of control over the situation. Maybe it was just his stubborn pride, a refusal to acknowledge that he could not solve the problem himself.

It is often easier to see what another person should be doing about their frogs- “change this situation now!” we say. “Don’t let it keep building up!” But when we turn it back on ourselves, it’s easy to justify why we haven’t yet had that difficult conversation, why we keep gaining weight, why we haven’t quit the toxic relationship or the overspending that led to that credit card debt…

Let us not be like the Pharaoh. May we cry out, “God, come! Come now and help me fix this thing.”

Don’t let the frogs pile up.

2021 Australian Census: Why Marking Down Your Faith is Important

Why A Consistent Customer Experience Is The Key To Building Trust

The Atheist Who Wants More Churches In Australia

Planning a Trip? 6 Strategies When Leaving Your Children

Isolation Is Getting Harder for Our Children. Here’s How to Help.

Harrison Ford Taps Into His Vulnerable Side, in ‘Call of the Wild’