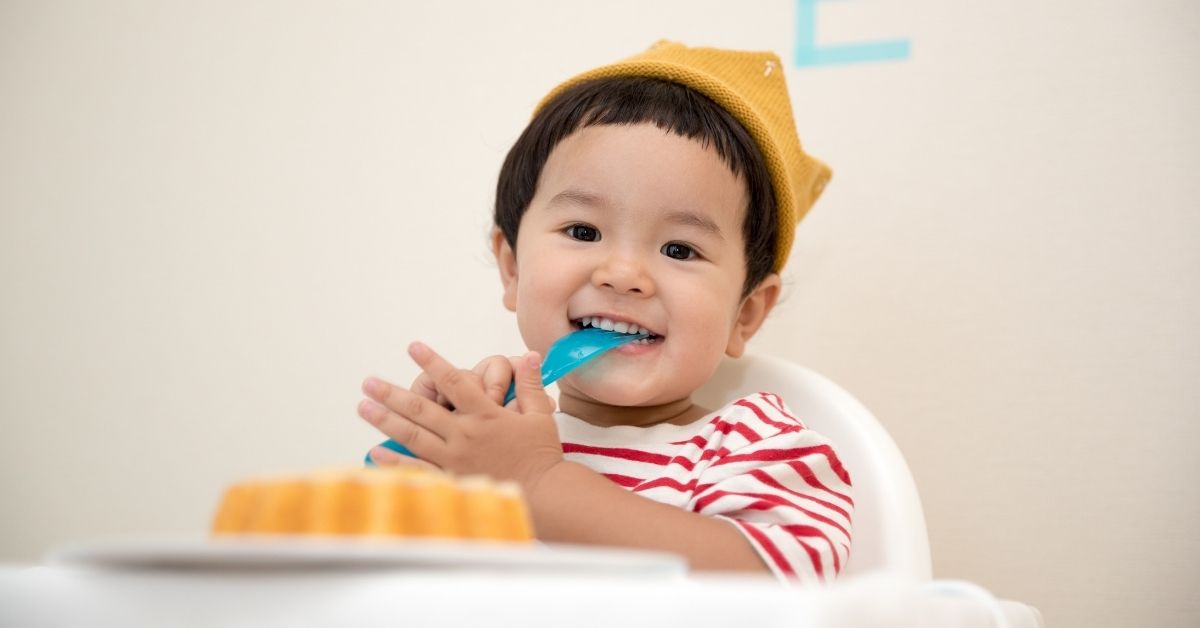 Danielle and Jason are MasterChef fans, and feel like they have gotten in touch with their inner ‘foodie’. Their three year-old son, Jonah, does not share his parent’s enthusiasm for culinary sensations, picks at dinner, and avoids certain foods. His behaviour classifies the toddler as a ‘fussy eater’.

Jonah has a poor appetite, particularly when fruit, vegetables, or ‘new’ foods are presented to him. Jonah’s fussy eating behaviour is not limited to his home: this fussy eater also refuses to eat at other people’s houses, is picky about food that he dislikes the smell of, and shows a clear aversion to certain textures in food as well.

Jonah’s fussy eating habits are not rare – many children between the ages of two and six are fussy-eaters*. While Jonah doesn’t like new foods, he also actively avoids many foods that he is familiar with. Like most fussy eaters, Jonah’s inadequate intake of fresh fruit and vegetables is affecting his diet: healthy fruits and vegetables are replaced with unhealthy processed foods that have high sugar, salt, and fat content. While these taste great to even the pickiest eater, they leave a long-lasting negative impact on dietary health and nutrition. Unfortunately, the kind of diet that bows to fussy eaters also contributes to the increase of child obesity and Type II diabetes.

There are a substantial number of factors that can influence our children’s eating behaviour.

It’s a fact that fussy-eating and similar eating challenges peak around toddler age up to six years, but the behaviour of fussy eaters stops by early adolescence.

Research shows that forcing picky or fussy eaters to eat will turn them away from food, and turn meal time into a power struggle.

Children who display fussy eating traits may have learnt inappropriate eating behaviours and food choices from their parents (or siblings).

Other fussy eating factors can include:

So what should parents do if they’re worried about their children’s fussy eating habits? Try these tips to prevent fussy eater behaviour.

This makes a substantial difference in the acceptance and eventual independent choice of children to eat well and prevents fussy eating. From the introduction of solids begin to introduce a variety of foods and do so repeatedly. If your child is four and still fussy, begin to expose him or her to new foods regularly now! Researchers suggest it may take up to 15 ‘exposures’ to a new food before a child will accept it. But make those experiences positive.

2. Avoid pressuring your toddler to eat

Ever notice that the kids are always hungry right before and right after dinner? Forcing children to sit at the table and eat what’s on their plate does not promote positive eating experiences. In fact, it can trigger fussy eating.

To prevent future fussy eating, give your toddler food options. As much as possible, ask your children what food options they would choose. For burrito night, let them stack the tortilla, and ensure there is nothing unhealthy to select. Encourage at least one or two lettuce leaves or tomato pieces, even if they don’t like it. But make sure that options, whether for snacks or meals, are healthy.

4. Involve your toddler in preparing their food

Kids love to touch and play with food. Having them help in preparations for a meal will often increase their likelihood of eating it and decrease fussy behaviour about that meal. Making a big deal about the frittata that your three year-old ‘made’ will often promote a connection and sense of ownership with the food, and a willingness to try it.

Try the motto ‘we try new things’, at the dinner table. Encourage a curious and adventurous exploration of new foods. Let the children know that sometimes it works and other times it doesn’t. The promise of new, exciting foods may solve food fussiness in the long term.

Resorting to sneaking in healthy food is not ideal, as you ultimately want your child to independently choose good foods. But if all she’ll eat is spaghetti bolognese, then put some grated carrot, zucchini, and blended tomato into the pot too.

7. Stick to the food you know works

Your children will not starve themselves, not matter how fussy they are when it comes to food. If you give them healthy alternatives consistently they’ll get used to the food you serve and will eventually eat it without struggles.

* Note: there are different classifications of fussy-eaters, such as food neophobes and tactile defensiveness, but for the purposes of this article the emphasis will simply be on toddlers and preschool children who are difficult at meal times.

Generation X: Simplicity as a Service is Essential for the Generation Caring Both Up and Down

A Strategy to Boost Your Child’s Gratitude

What Baby Names are Australian Parents Choosing this Year?